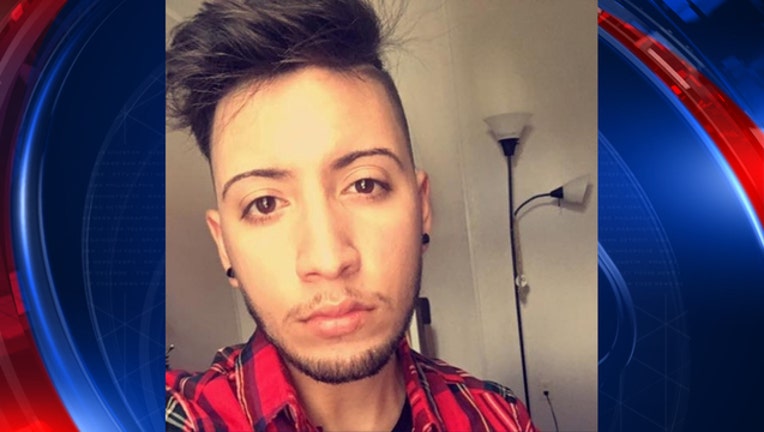 Luis Omar Ocasio-Capo was one of the victims in the Orlando nightclub shooting. Photo courtesy Katis David Karas on Facebook.

A JetBlue flight attendant shared in a Facebook post how crew members and passengers on a flight to Orlando went above and beyond to comfort the grandmother of a man killed in the Pulse nightclub shooting.

The man, 20-year-old Luis Omar Ocasio-Capo, called Omar by friends and family, was one of the youngest victims.

His grandmother was traveling to Orlando alone. Katie Davis Karas, the flight attendant who wrote the post, and other JetBlue crew members were assigned to help her during her trip. JetBlue knew she was family of a victim because she used a free ticket the airline offered to anyone who lost a family member or friend in the shooting.

Karas had another flight attendant, Melissa Sloop Windstead, pass around a piece of paper to the other passengers for them to sign for Omar’s grandmother, starting from the back of the plane. Halfway through, Windstead told Karas, “Kel, I think you should start another paper from the front. Folks are writing PARAGRAPHS.”

Karas envisioned she would have a piece of paper with names. Instead, she got paragraphs, long messages offering “condolences, peace love and support” and even a couple cash donations. She and Windstead had to pass around another paper starting in the middle of the plane and individual pieces of paper to passengers as the flight ended.

When the plane landed, Karas added “JetBlue stands with Orlando” to the landing message. At the request of some passengers, she held a moment of silence for Omar before deplaning.

Karas wrote that “As we deplaned, EVERY SINGLE PASSENGER STOPPED TO OFFER HER THEIR CONDOLENCES. Some just said they were sorry, some touched her hand, some hugged her, some cried with her.”

She added that no one was impatient with the slower deplaning.

“In spite of a few hateful, broken human beings in this world who can all too easily legally get their hands on mass assault weapons - people ARE kind. People DO care,” she wrote in her final paragraph. “And through our customers' humanity today, and through the generosity of this wonderful company I am so grateful to work for, I am hopeful that someday soon we can rally together to make the world a safer place for all.”