Kelsey Smith initially thought her husband was playing a joke on her. But after her dogs kept barking, she realized it was a stranger and her son called 911.

A Portland woman is still in a complete state of shock after the stranger she found in her son's bed on Monday was released from jail.

Kelsey Smith, who lives in Northeast Portland, said that when she heard the dogs barking, she checked the front door as contractors were supposed to work on an accessible bathroom for her son, according to FOX 12.

After following the dogs to her son's bathroom, she saw that someone was under a pile of clothes. Her son was not in the room at the time.

"The dogs continued to go crazy, specifically my chihuahua, which was running circles around my legs, which was really unusual," Smith said. "I followed her to where the other dog was into my children’s bedroom. My lab was standing on top of the bed on top of a pile of clean clothes that I had thrown on there. I walked in wondering if she had cornered a mouse or something because she was going crazy and I realized there was a person under there."

Smith initially thought that the person under the pile of clothes was her husband and called his name, but got no response. She then realized that a homeless person was on the bed. 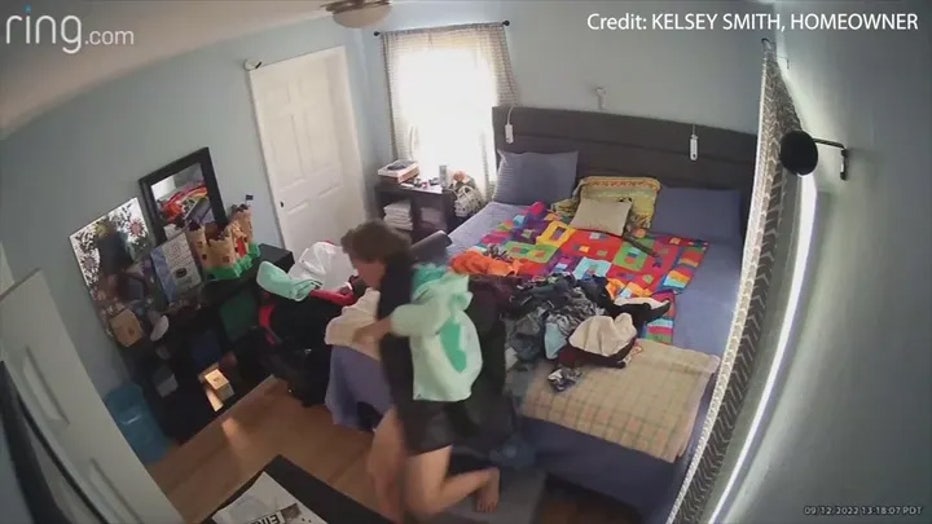 Smith initially thought that the person under the pile of clothes was her husband and called his name, but got no response. She then realized that a homeless person was on the bed. (Karen Smith/FOX 12)

"I backed out of the room, talking to my friend on the phone saying I needed help, that there was a homeless person in the kid’s bed," Smith said. "At that point she leapt up, I recognized her as a woman. She hopped off the bed and picked up the ottoman at the foot of the bed and bum rushed me, threw it at me, and then meandered out the door."

A woman can be seen on Smith's surveillance camera in her son's room, which is in place to watch him for medical purposes.

In the video, Smith is heard telling the woman to leave. Her 24-year-old son was in the house during the incident and called 911.

"My first thought was what is going on?" Smith said. "The fear didn’t come until after she was gone and I started to run through the scenarios in my head about how this could have played out differently if my younger kids had been home. My 24-year-old son heard the commotion and came running upstairs, charging up the stairs because he knew something was wrong. He went straight out the door and into the street following her, calling 911." 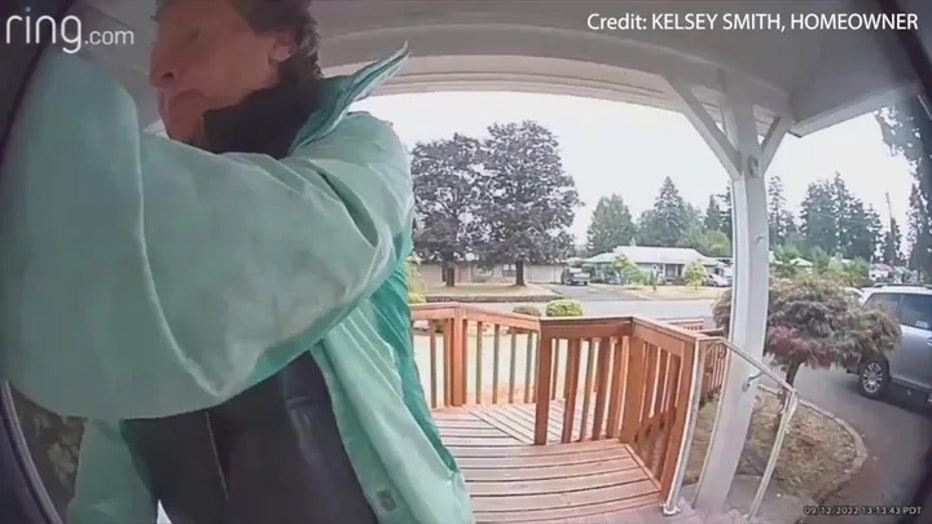 The public information officer said that Zinser threw an ottoman at a resident of the house. She was later arrested by police on Monday and booked into jail.

Booking data shows that Zinser was released on Tuesday, just one day after she allegedly walked into Smith's home. Her bail was set at $0, and she left jail under a "court ordered release."

According to the report, Smith reached out to the Multnomah County District Attorney’s Office and was told that Zinser's charges were dropped.

Smith said that the Zinser "proved" she can cause harm and doesn't understand why she's not in jail. 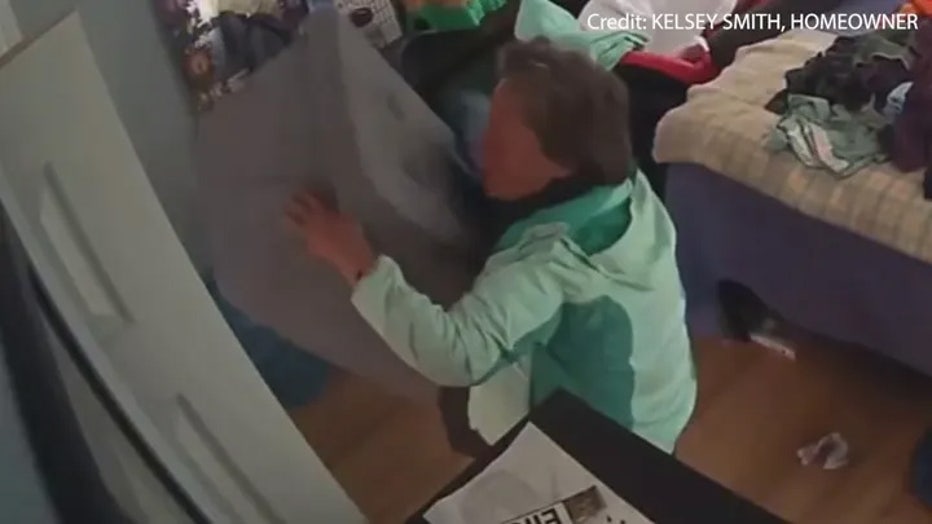 The public information officer said that Zinser threw an ottoman at a resident of the house. She was later arrested by police on Monday and booked into jail. (Karen Smith/FOX 12)

"They said the charges have been dropped and that I can leave a message for the DA and he can call you back," Smith said. "I haven’t heard anything and that was two days ago. I have to assume someone heard that message and nobody has gotten back to me. I don’t understand why she is not in jail. She’s not harmless. She proved that. She’s proved that from the stories that I’ve heard from other people."

"I feel like the city is declining rapidly and there is a need for more mental health services, more training for the police, probably more police, more community outreach, but I don’t know," Smith added.

LINK: GET UPDATES ON THIS STORY FROM FOXNEWS.COM