ORANGE COUNTY, Fla. - It can happen to anyone, you’re walking your dog and it gets startled, bites another animal or person. It could now considered by the state “a dangerous dog” for the life of the animal.

For many years, it has come with a big fee in Orange County, but thanks to one resident speaking up, that fee has been reduced dramatically.

“He’s very loved by all of his friends and family,” said Andres Gaviria, dog owner. 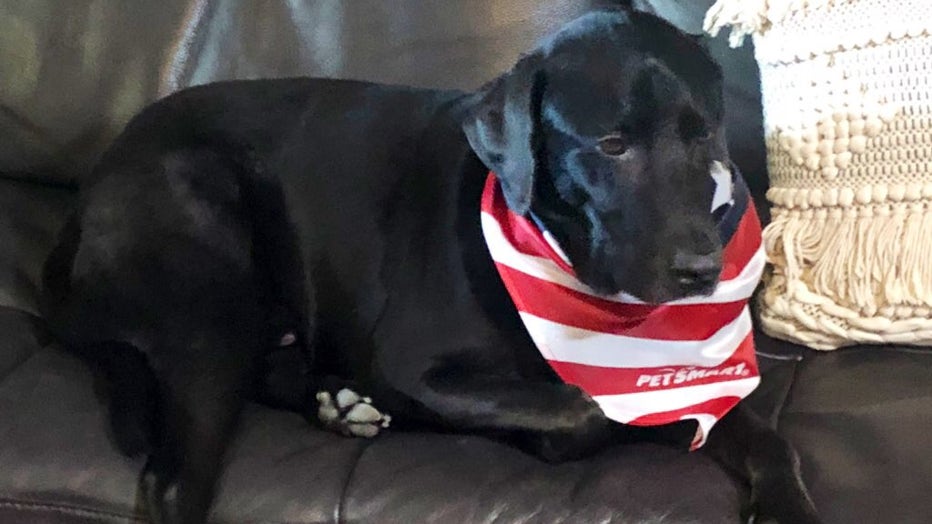 The 9-year-old chocolate lab was classified as a dangerous dog after the County reports, he attacked dogs on several occasions and bit a person on one occasion.

According to the County, Animal Services operates in accordance with Florida State Statute 767.12, which states for a dog to be declared dangerous:

Gaviria says any incident involving Harley was under a different owner and he was asked to rescue the lab.

“It was pay or surrender the dog,” Gaviria said.

Andres says Harley would be euthanized if he didn’t agree to shell out fees to save him.

“It’s a terrible thing. I think it’s inhumane. I feel the high fees do promote putting the dog down or making it more difficult to rescue these animals,” Gaviria said.

The County tells FOX35, "Animal Services first makes effort to work with the pet owner and will oftentimes provide extensions for fee payment."

“Seemed more of a penalty than something that was covering costs that we’re providing services for,” said Emily Bonilla, Orange County Commissioner, District 5.

But after Gaviria brought the issue to Commissioner Bonilla, who took the concern to the board, a unanimous vote dropped the fees drastically.

“It seems they were charging that fee based on what everybody else was charging, rather than look at the actual cost,” Bonilla said.

Moving forward, the initial fee will be $515, with an annual fee of $113. That’s about four times cheaper.

“The way we understand how our policies are affecting people is by hearing from the people themselves,” Bonilla said.

But should citizens be concerned about other fees being higher than they need to be?

“That could be a concern and I highly suggest that anyone suspects that if there’s a policy or a fee out there that may not seem fair, that they bring it up,” Bonilla said.

Gaviria encourages others to speak up, as he did.

“I can fight anything that I feel isn’t right and now that I understand, now I don’t feel as insignificant, I feel anyone can make a difference,” Gaviria said.

Gaviria now hopes to take the fight to the state level, to change the dangerous dog classification to allow for declassification if dogs prove they are no longer dangerous.