The deputy is accused of pointing a gun at a Lyft driver.

ORANGE COUNTY, Fla. - An Orange County deputy has been arrested after allegedly pointing a gun at a ride-share driver, the sheriff's office said Saturday.

Deputy Troy Heyer, 45, was arrested on charges of aggravated assault with a firearm.

"The arrest took place after the Orlando Police Department was called by a rideshare driver who alleged that after driving Heyer home, he came out the residence moments later and pointed a firearm at the driver," the sheriff's office said in a press release.

A report by the Orlando Police Department states that the Lyft driver picked up Heyer and drove him to the Nonacrest neighborhood. After dropping him off, the Lyft driver told police that he remained outside for a few minutes to do a report on his Lyft app. While doing the report, the victim said that Heyer pointed a firearm at him and asked, "what are you doing here?" The driver said he was in fear for his life.

When officers came to the house to question Heyer about the incident, he reportedly told the officer "he was not going to talk to me and stated, 'you’re either going to arrest me or I’m going back in the house.'"

The officer put Heyer in handcuffs and placed him in the back of the police SUV. Heyer's breath reportedly smelled of alcohol. He was transported to jail and made his first appearance on Sunday. 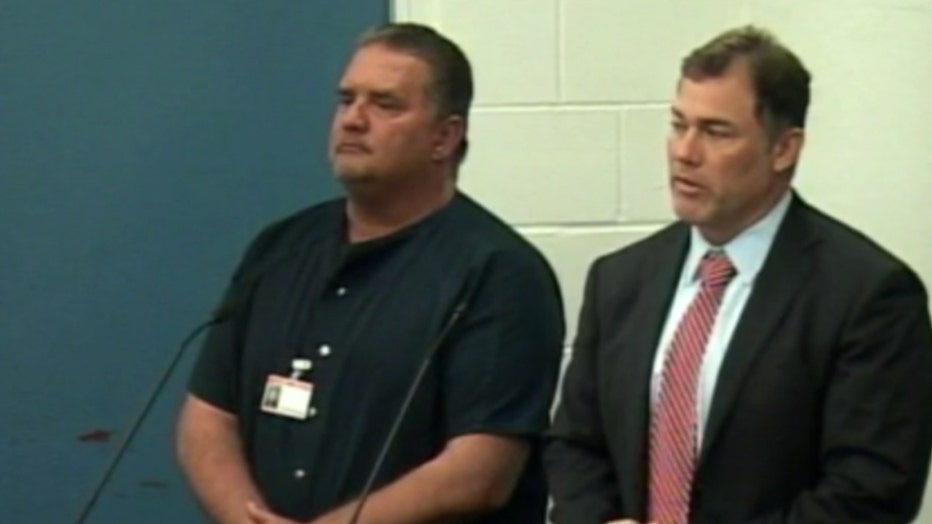 “These are very serious criminal allegations. As law enforcement officers, we must be held to the highest standards of conduct whether on duty or off duty,” said Sheriff John Mina. “These allegations will be thoroughly investigated and the results of that investigation will be made public.”

Heyer has been with the Orange County Sheriff's Office since October 2005. He reportedly works in the Court Services Division. The sheriff's office says he has been relieved of all law enforcement duties without pay while the criminal case is underway.