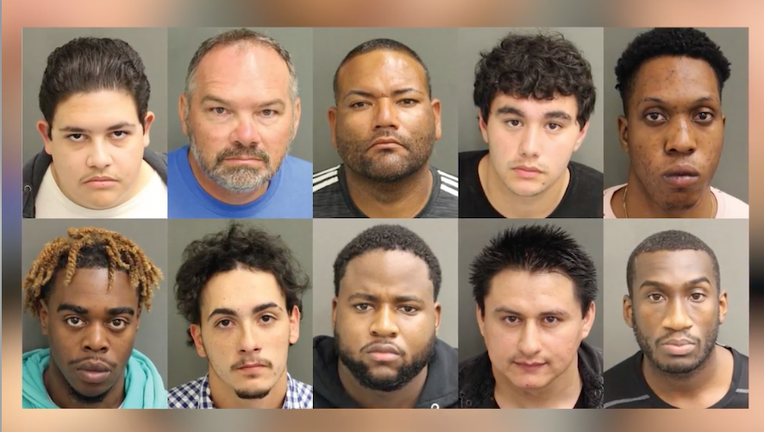 ORANGE COUNTY, Fla. - "The men thought they were meeting a child for sex. The Orange County Sheriff's Office was waiting for them instead."

The Orange County Sheriff's Office recently conducted a special internet crimes against children operation. The operation is done several times a year. The most recent one nabbed 10 men accused of trying to meet an underage child for sex.

Teams of detectives work together to identify and arrest those who are suspected of preying on kids online in order to take dangerous criminals off the streets.

Detectives pose as children and start chatting with adults on various websites.

In order for it to be a crime, the suspect must agree to a sex act with a minor and travel for that meeting.

In the most recent operation, the sheriff's office arrested 10 suspects who they believe were traveling to have sex with children.

Sheriff John Mina had a message for anyone thinking about having sex with underage kids.

"We are out there. And we will arrest you one way or another."