Barnett Park in Orange County is seeing a spike in testing as cases rise in Florida before the Thanksgiving holiday.

ORANGE COUNTY, Fla. - It’s a mad dash to get tested before Thanksgiving.

Mustain says a month ago, the site would only be testing 190 people every day. On Friday, that was every hour.

“We’ve seen the demand and the urgency for tests increase over the past few days,” Mustain said.

“We think it’s primarily due to the holiday season coming up. Families visiting and those traveling as well,” Mustain said.

Mustain believes the quick results from the rapid tests is encouraging more people to show up to be screened. 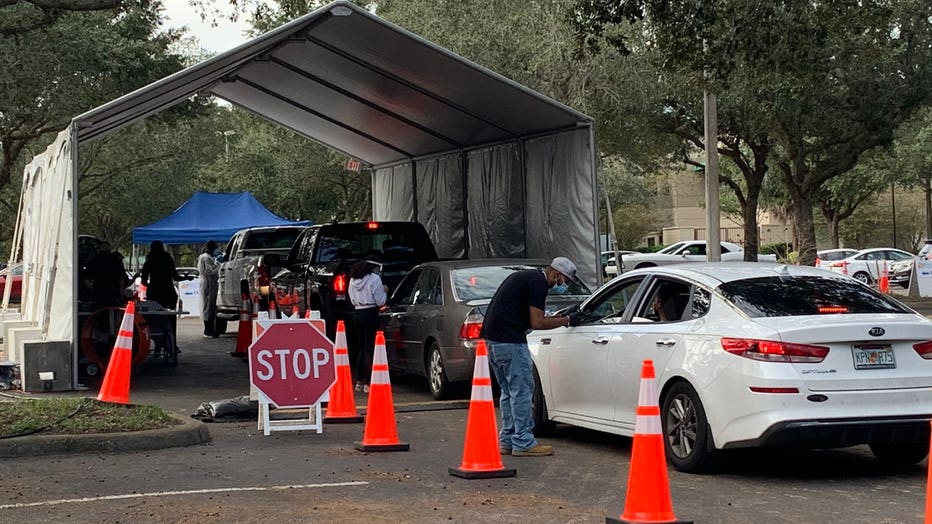 “We have a lot of people that stop and discuss that they need primarily the rapid test to get onto an airplane. Some are on their way to the airport and some the following day they have flights scheduled,” Mustain said.

“No, no symptoms, we’re just doing it to be cautious and stay safe,” said Kathryn Nishimoto, Orange County resident.

Kathryn Nishimoto is flying to New York with her boyfriend.

“We’re gonna go visit some family for the holidays and New York has the mandated test three days before you go, three days after you get there, so we have to get tested now to go,” Nishimoto said.

She also wants to know her status before visiting vulnerable relatives.

“Just to make sure because we have some older family members. We want to stay safe,” Nishimoto said.

The demand is only expected to increase going into the holiday season, so Orange County is adding two days of testing to the schedule. Barnett Park’s test site will be open seven days a week through the end of the year.

The site is open Monday-Friday from 9 a.m. - 5 p.m. PCR and rapid tests are offered at no cost.