Five months ago, an Orange County firefighter became the face of the fight against vaccine mandates. Battalion Chief Stephen Davis came under scrutiny for not writing up firefighters who refused the COVID-19 vaccine mandated by Orange County Mayor Jerry Demings. His supervisors told him his job was on the line. For the first time in his life, he was fired.

His supervisors told him his job was on the line. For the first time in his life, he was fired.

"I'm completely against the mandates. I think it's un-American. I don't think that people should be told that you have to get this to keep your job, but just to live," Davis explained to FOX 35 anchor Amy Kaufeldt in an exclusive interview.

Davis started his career in the military as a medic. He spent the last two decades serving Central Florida as a firefighter -- a career he told Kaufeldt he loves. In July 2021, the married father of two faced a challenge he'd never seen.

The coronavirus Delta variant was picking up steam and so was news of employer-required vaccines.

Orange County Mayor Jerry Demings ordered all county workers to get vaccinated by the end of September. Battalion Chief Davis already had decided not to get the vaccine and he knew he wasn't alone. 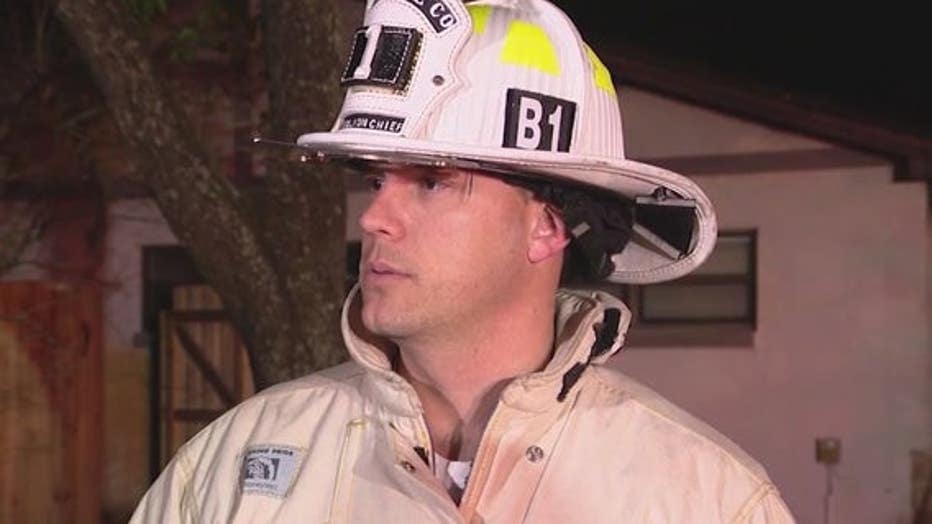 "There was probably 500 firemen who didn't comply with that directive and I think that's when it switched to say, alright, we're not going to go termination, we'll just write them up," he remembers.

Davis supervised nearly 60 firefighters. He’d filed for a religious exemption to avoid complying with Demings’ directive. But in his leadership role in the department, he was forced to write up others who chose not to get the shot.

He told Kaufeldt he remembers thinking, "I can't write these people up unless I know for a fact. I said I have two guys in my firehouse right now who tell me they're vaccinated and they've shown my their cards, so show me why they're on this list. How come, well just, the response I got was 'write them up and let them grieve it later'."

He says he was warned: follow orders, or risk being fired. Weeks later, he was terminated. He soon found himself sitting before his chief officers.

"I felt like something was wrong and that's why I brought it to your attention. You have ignored everything I've said, and you've still just doubled down to terminate a career that I've put everything into."

"I think the firing was totally inappropriate, I think it's ridiculous and these are people that have served our communities and they're being cast aside," the governor told reporters last summer.

Davis was suddenly in the middle of a showdown.

"To the governor or anyone else, I say these simple words -- bring it on," Demings responded.

"That was never something I thought was going happen," Davis told Kaufeldt when he reflected on the toughest days of last summer.

Looking forward, Davis says "The biggest thing for me is to clear my name."

Davis says his ultimate goal is to become fire chief, but he’s worried that won’t happen until he’s exonerated.

"To know that I was terminated and that might prevent me from getting that position is something that I can't live with," he fears.

Watch the exclusive interview at 5 p.m. on FOX 35.