ORLANDO, Fla. - Retired Orange County Fire Rescue Lt. Eric Siena is being honored Monday after he lost his battle with cancer. Now, his story is bringing attention to cancer in firefighters.

"We’re just so proud of Eric and the sacrifices he made and all the firefighters out there for their community," said Division Chief Mike Wajda.

Lt. Siena served on an elite heavy rescue squad, which is one of the toughest units out there.

"He was trained to deal with chemicals, climbed really high obstacles, and rescued people in any situation," said Wajda. "He was 911 for 911."

His fellow firefighters not only said goodbye to him Monday but were also there to comfort the wife and children he left behind. His wife is also a retired lieutenant with the department.

"Not only were they firefighters, and take care of the ill and injured, but they were leaders," said Wajda. 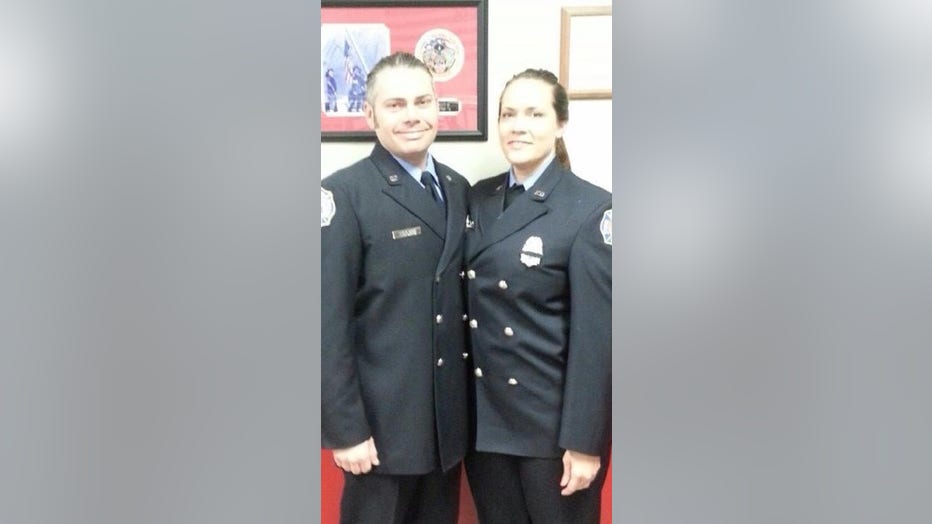 Siena died in the line of duty, and while it wasn't while fighting flames, Orange County Fire Rescue says he died because of his job. They say his cancer was caused by exposure while on duty.

Across the country, firefighters are exposed to hundreds of different chemicals and some of those are either known or suspected to cause cancer. According to the National Institute for Occupational Safety and Health, cancer is a leading cause of death in firefighters. The agency says studies have found firefighters face a 14 percent increase in cancer-related deaths compared to the general public.

Orange County Fire Rescue is doing what they can to protect themselves from the same fate.

"Clean themselves as quickly as they can after a fire, decontaminate their gear, and learn the lessons we’re learning from these types of tragedies," said Wajda.