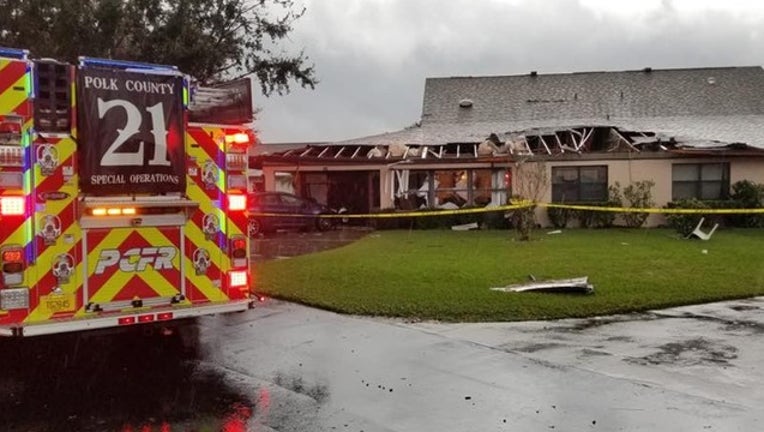 One person was injured after a roof collapsed in Polk County on Thursday morning.

Polk County Fire Rescue says that a roof collapsed and one person was injured at a quadraplex on Genesis Point Drive near Lake Wales.

They say that a possible tornado, spawned from a line of severe storms, could be the cause of the collapse, which occurred around 9:45 a.m