On March 5, 2021, Arizona lost one of its last surviving Tuskegee Airmen. Retired Air Force Lieutenant Colonel Robert Ashby passed away after a prolific and barrier-breaking life.

PHOENIX - One of the last surviving Tuskegee Airmen in Arizona has passed away at the age of 95, says a news release from the Archer-Ragsdale Arizona Chapter Tuskegee Airmen, Inc.

Ashby was the first Black man to be hired by Frontier Airlines after he served in the United States Air Force.

At the age of 17, Ashby enlisted in the Army Air Corps Aviation Cadet program and was called to active duty in August of 1944. In December of the same year, he was sent to Tuskegee, Alabama to begin aviation training. 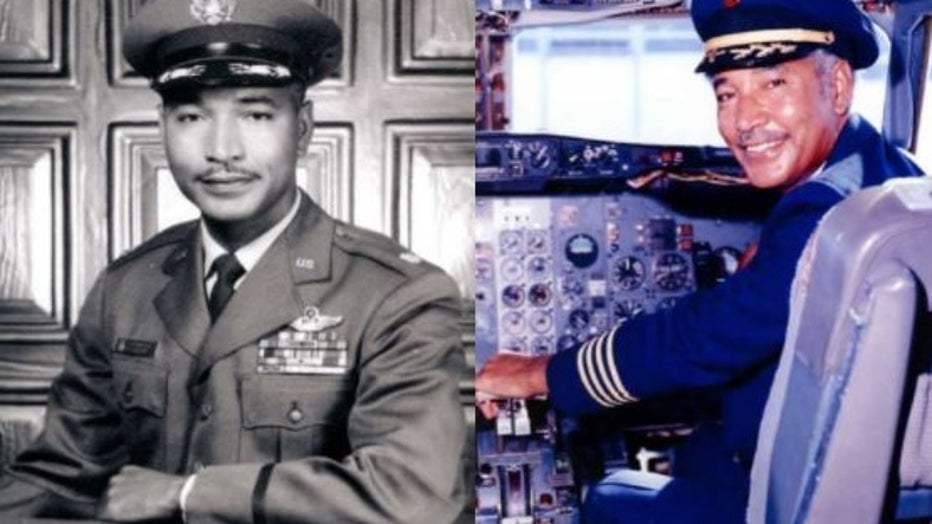 He graduated with the Tuskegee Class of 45-H on Nov. 20, 1945 and was assigned to be part of the US occupation of Japan.

"In 1952, Ashby flew combat in B-26s for a year while stationed in Korea. In 1956, he was assigned to England and flew the T-33, B-45, and B-66 aircraft. Later Ashby trained in the B-47 bomber and later served as a B-47 instructor. In July 1965, Robert Ashby retired as a Lt. Col. after twenty-one years of honorable service in U.S. Air Force. During his career, Bob attended the University of Maryland and UCLA college programs," the news release read.

Upon retirement, he began his commercial flying career with United Airlines as a flight operations instructor. In 1973, he was hired by Frontier Airlines as a second officer pilot, first officer, and then as captain.

Ashby was also the first Black pilot to reach the mandatory retirement age of 60 with a major airline. Bob Ashby retired on July 17, 1986.

Ashby is survived by his wife, Dorina and their three sons. Funeral services will be private because of the COVID-19 pandemic.