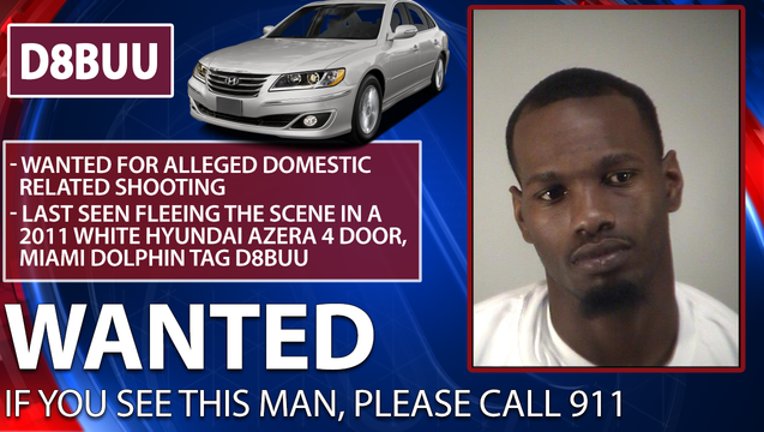 LEESBURG, Fla. (WOFL FOX 35) - On Sunday morning, the Leesburg Police Department reported that they responded to a domestic related rooting.

Officers reported responding to the scene with EMS. They immediately treated the 25-year-old victim. Fredrick D. Thomas. Thomas was then transported to Leesburg Regional Medical Center, where he later succumbed to his injuries.

The suspect of the shooting, who the Leesburg Police Department believe to be Jeremy Kenneth Harrison, immediately fled the scene in a 2011 White Hyundia Azera 4-Door with Miami Dolphins tag D8BUU.

The vehicle was located and impounded later on Sunday. The search for the suspect remains active and ongoing at this time.

Detectives are actively investigating the shooting and officers are currently searching for the suspect.