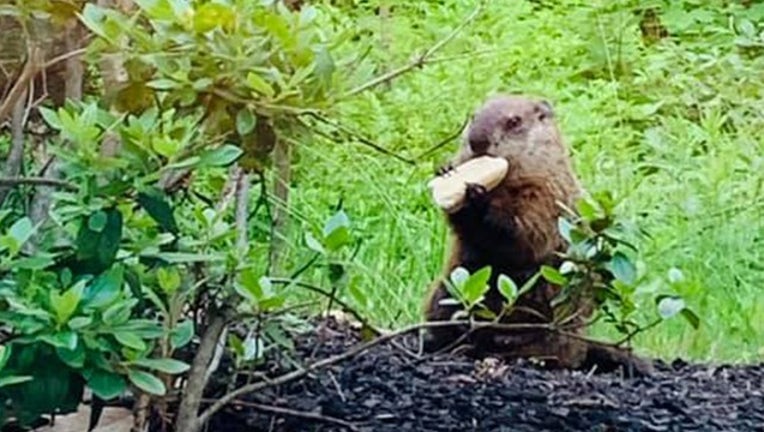 A furry groundhog was seen chowing down on an Olive Garden breadstick right outside of the restaurant in Portland, Maine.

Tiffany Holt snapped the cute picture and shared in on Facebook.

"I'm at Olive Garden in Portland and we look over and see a pal eating breadsticks with us," the post read.

Holt seemed to be charmed by the rodent snacking on the buttery baked good.

Fortunately for Holt, the groundhog was outside, unlike an opossum spotted crawling under the bar at an Applebee's by South Carolina resident Adriane Neico earlier this month.

Neico snapped a few photos of the baby opossum and recorded a video of it crawling over what appears to be containers for garnishes that go into mixed drinks and cocktails.

"Who know how long he was inside of the restaurant? Not to mention all over the drinks I just ingested from the same bar a nasty possum was crawling around on. Probably urinating and defecating all over the place," she wrote on Facebook.