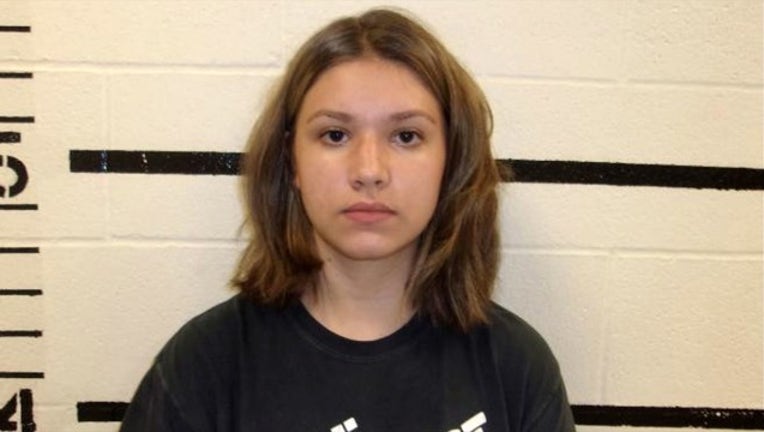 Alexis Wilson, 18, was charged with making a terroristic threat after allegedly saying she wanted to "shoot 400 people for fun" at her former high school. (Pittsburg County Sheriff's Office)

FOX NEWS - An Oklahoma woman was arrested after allegedly threatening to shoot hundreds of people "for fun" at her former high school, investigators said.

Alexis Wilson, 18, was taken into custody Monday after authorities received an anonymous tip that she had told friends and co-workers of her idea to open fire at McAlester High School in Pittsburg County.

One of Wilson's co-workers at a pizza restaurant told the sheriff's office the 18-year-old had been posting videos of herself shooting firearms, KOTV reported. Wilson allegedly claimed she wanted to "shoot 400 people for fun and that there were so many people at her old school that she would like to do it," according to the person who reported her.

Wilson denied such threats to investigators and reportedly admitted she suffered from mental health issues, like suicidal and homicidal thoughts. She claimed she was trying to tell a co-worker that not everyone who owns a gun is bad.

The woman's mother, according to KOKI-TV, knew her daughter had been saving up for her recently purchased AK-47, but didn't question it because "Alexis has always shot firearms and had hunted."

"You know it may not have been anything — we don't know 100 percent, but we are glad we got it before it turned into something," Sheriff Chris Morris said. "In today's times, you can't say stuff like that. ... Anytime something is said like that we are going to take it serious — and we are going to investigate it to the fullest extent and make an arrest if possible because we do not want any of our schools getting shot up. Nobody does."

On Sunday, deputies reportedly found an AK-47 with six magazines and a 12-gauge shotgun with a stock sleeve for extra shells in Wilson's room. She purchased the gun last week with five extra high capacity magazines and 160 rounds of ammunition from a nearby shop, officials said.

Morris said the sheriff's office is grateful to the person who reported Wilson, and is happy they acted on the tip.

Randy Hughes, the superintendent of McAlester Public Schools, said in a video posted to Facebook Monday that the school district understands someone is in custody, and offered safety tips for students to abide by. "If you see something, say something," he said. "Do not take anything for granted."

"If you overhear a conversation, if you see a post, or just see something that just doesn't look right — report it," he said, adding law enforcement "had it under control before we knew anything about it."

Wilson, who attended McAlester but dropped out in ninth grade, was reportedly jailed on a complaint of making a terroristic threat.