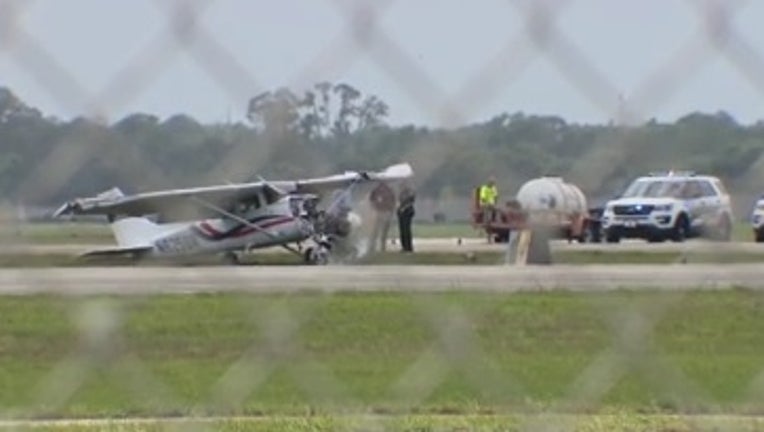 According to officials, the plane - a Cessna 172 - ran off the runway into the grass around 11:35 a.m. on Friday morning.

Two people were on board. One person was taken to the hospital and the other refused transport, officials said.

The crash is not affecting any commercial air traffic and the main runway remains open.

FOX 35 News is working to get more details on this developing story.