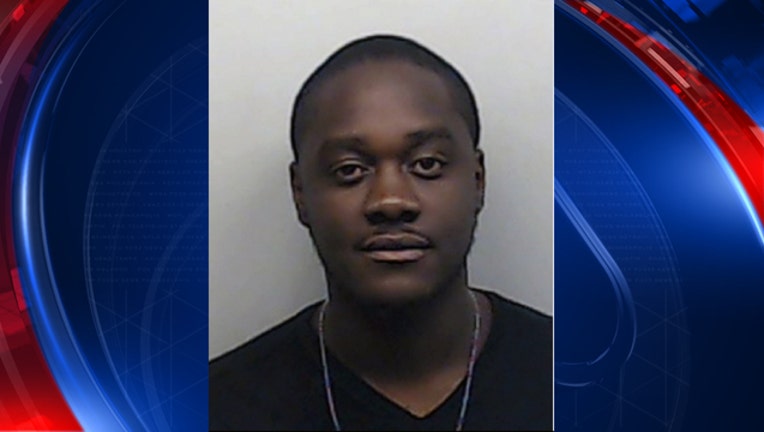 FULTON COUNTY, Ga. - Over a week after he fled a Fulton County courthouse before being convicted, police are still searching for a murderer.

According to the Fulton County Sheriff's Office, the judge dismissed the court for lunch, and Laguerre, who had been out of jail on bond since 2012, did not return to the courtroom.

Authorities have described Laguerre as being dangerous.

Hardeman, who graduated from Avondale High School and was attending Cal State Fullerton on a football scholarship until a knee injury sidelined him, was shot more than 50 times by Laguerre, and two other gunmen at Hardeman’s home by Lakewood Terrace in southeast Atlanta. His body was left in his front yard only to be discovered later by family members.

Laguerre was found guilty of murder, felony murder, aggravated assault with a deadly weapon, and possession of a firearm during the commission of a felony. He had been sentenced to life in prison plus five years.

Earlier, Hardeman's family told FOX 5 News off-camera they are frightened that the convicted murderer is on the loose and are afraid what he could do next.

Anyone who sees Laguerre should not approach him, but rather call 911 or the U.S. Marshal's Office immediately.