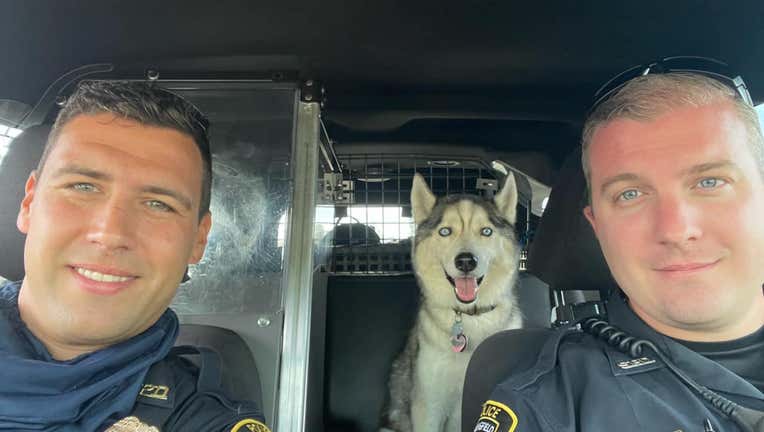 SPRINGFIELD, Mo. - A dog belonging to the victim of a fatal shooting was rescued and cared for by responding officers.

The Springfield Police Department in Missouri says a person was shot dead outside of a Walmart Neighborhood Market last week. Nearly 2 hours after the shooting, the got another call about a dog inside of a hot car.

That’s when they found Zeke.

"When officers arrived, the door was unlocked and they were able to remove him and transport him to a local vet," the department said.

The officers posted photos to Facebook showing Zeke going for a ride in the patrol car. Officer Victoria Myers sat with Zeke before he was able to be admitted for the night at a vet’s office. The department says while at the vet, a good Samaritan donated $100 for Zeke’s care.

The next day, Officers Adamson and Bashioum picked up Zeke and took him to his regular veterinarian where he was picked up by family.

In an update, the department said that Zeke is doing well.