A senior dog is recovering after a rescue says someone dumped the little poodle behind a retail business in Orlando in horrific shape.

ORLANDO, Fla. - A senior dog is recovering after a rescue says someone dumped the little poodle behind a retail business in Orlando in horrific shape.

Poodle and Pooch Rescue say they received a call from Orange County Animal Services to help with a dog that was ‘near-death.’ According to the rescue, the little dog, named Petal, was found on Saturday in a plastic bag, with her mouth duct-taped shut, hogtied with all of her paws taped together. They say her eyes were matted shut and she was emaciated, dehydrated, and weak. 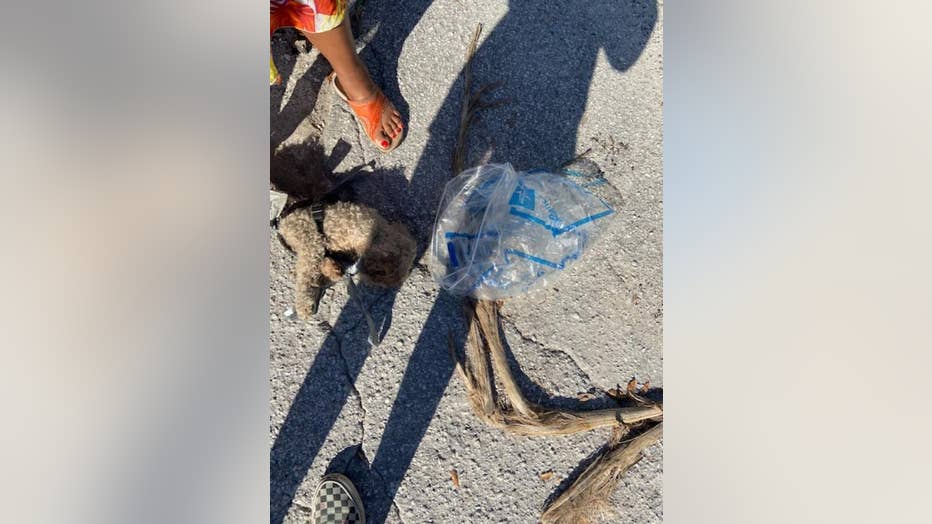 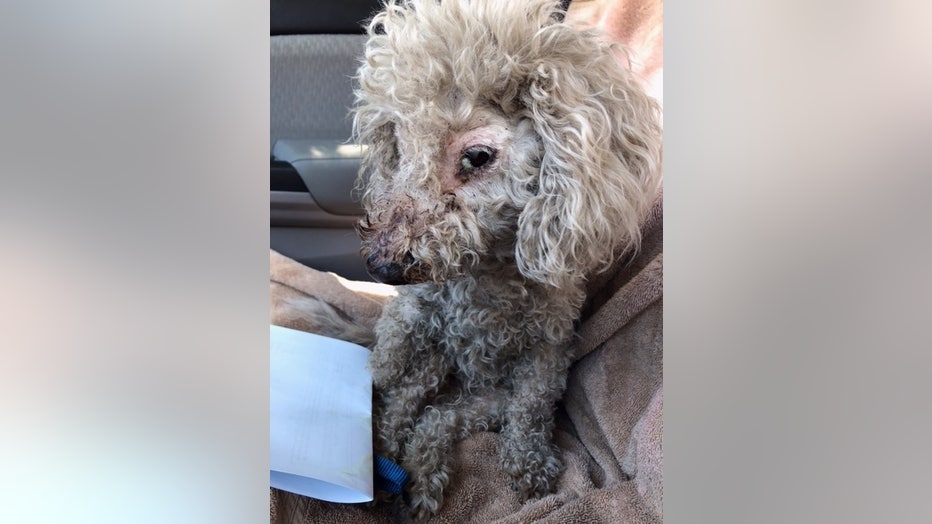 "No one knew if she would make it," the rescue said. "A good Samaritan found Petal in Orlando in the back of a retail plaza. She drove by a clear plastic bag with what looked like a small stuffed animal coming out of it, but as she took a closer look, she realized it was a real dog."

MORE NEWS: Sheriff: Florida woman left dogs to die in U-Haul, paid someone to get rid of bodies

The woman immediately stopped to help the dog and cut the tape from around her. Petal was given water after being left on the hot pavement inside the bag. The rescue says Petal was so weak she wasn't able to stand on her own.

"She wouldn't have survived long in this condition."

Petal is now being treated by a local veterinarian and receiving around-the-clock care.

"Every hour she has been improving but is still not out of the woods yet."

In an update, the rescue posted a video to Facebook showing that Petal was up and walking around on her own.

"Petal is eating well and the IV fluids have helped her immensely. She’s even moving around now and able to walk a little on her own! This may not seem like much, but when she came to us on Saturday, she couldn’t even sit on her own, let alone stand or walk. We did a happy dance when we got this video."

"Petal is quite the little fighter and we’ll do everything we can to help her heal. A human tortured her and we want to show her that not all humans are bad. This is why we do what we do to save dogs in need in the Central Florida area."

The rescue is hoping someone knows who did this. They are asking for anonymous tips to be sent to JusticeForPetal@gmail.com.

The Sheriff's Office is also still investigating to find out who did this Petal. Anyone with information is urged to give CrimeLine a call at 800-423-TIPS.