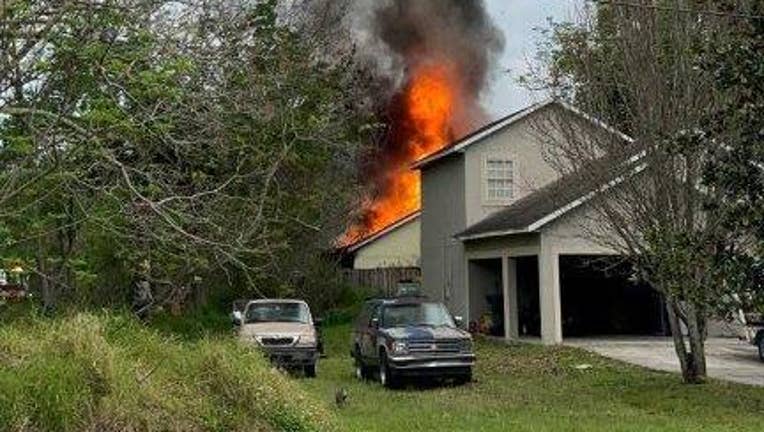 OAKLAND, Fla. - Three Oakland Police officers are being commended on Thursday for their bravery rescuing two residents from a burning home on Tuesday morning.

Officers arrived at the two-story home on West Gulley Ave. and found it engulfed in flames. Lt. Angela Campbell saw a woman at the window trapped as the home filled with black smoke.

The two people were taken to the hospital. The officers were checked out and cleared.

"Our officers’ heroism and commitment to the public we serve were on full display as the three officers, working as a team, saved the lives of two Oakland residents," said Police Chief John Peek. "As Chief of Police, I couldn’t be prouder."

Sadly, at least 10 foster cats were killed in the fire. One cat was able to be rescued and is expected to recover.

The State Fire Marshal’s Office is investigating the cause of the fire.