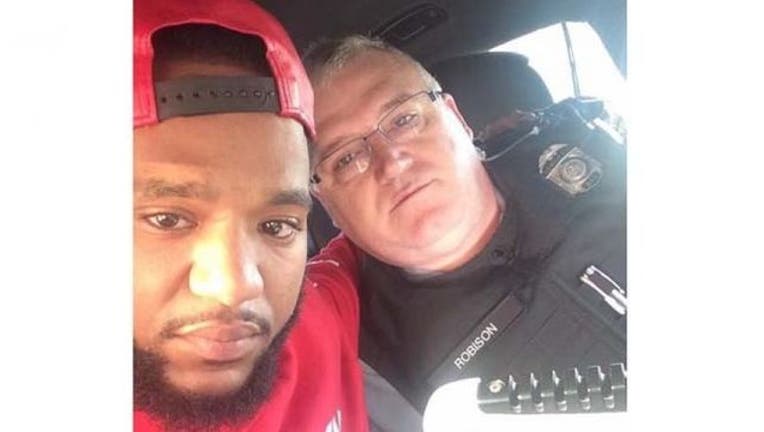 FOX NEWS - An Ohio police officer is being praised for an act of kindness that went beyond the call of duty.

Sgt. David Robison of the Ohio State Highway Patrol was working early Sunday when he pulled over a speeding vehicle on its way from Indiana to Detroit.

Inside the car was Mark Ross, who had just learned that his 15-year-old sister had been killed in a car accident. The driver, an aquaintance of Ross, had a suspended license. And Ross had an outstanding petty warrant in Wayne County, Mich.

But what happened next stunned the young man who said Robison's response "gave me hope." After getting pulled over, Ross said he thought he was going to jail due to the warrant.

"The police called Wayne County and they refused to come get me because of the distance," Ross wrote in a post that has since been shared more than 94,000 times on Facebook.

"I explained to the officer that my sister had died and that I needed to get to my mother asap," Ross said. "I broke down crying and he saw the sincerity in my cry. He REACHES OVER AND BEGAN PRAYING OVER ME AND MY FAMILY. He offered to bring me 100 miles further to Detroit because they towed the vehicle."