Caught on camera – on his own hidden camera. Ocala Police have released a video of a man accused of trying to secretly record women inside a gas station restroom.

OCALA, Fla. - Caught on camera – on his own hidden camera.

Ocala Police have released a video of a man accused of trying to secretly record women inside a gas station restroom.

"There was a flower pot in the bathroom. What he did is cut a hole out of the flower pot that’s hanging in the ceiling, and then he placed his video camera in there," said Ocala police spokesman Jeff Walczak.

On Friday, detectives identified the man in the video as Justin Wright.   He currently has a warrant out for his arrest.

It’s a crime that can be hard to detect as cameras become smaller and more discreet.

FOX 35 went to Surveillance Plus in Winter Garden to see the different kinds of hidden cameras.

One was smaller than a fingernail. Other cameras were camouflaged in everyday objects like chargers and smoke detectors. 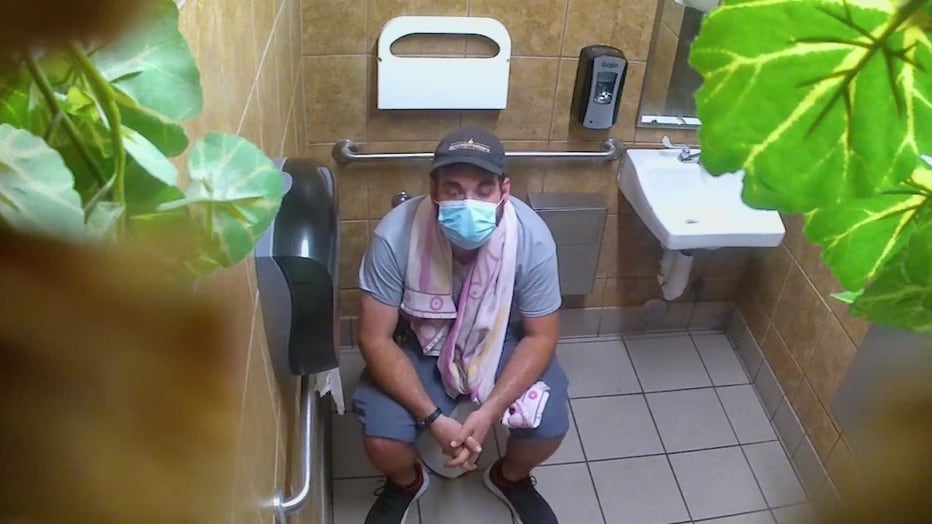 Bobby Brown, who works at the camera store, suggests people scan the room for these kinds of things in private spaces.

"It’s good for people to know to be aware of their surroundings. Look around – see if something’s out of the ordinary or if it shouldn’t be there," said Walczak.

If you think you may have been a victim, please call Detective Barth at 352-369-7000, or call anonymously by dialing **TIPS.