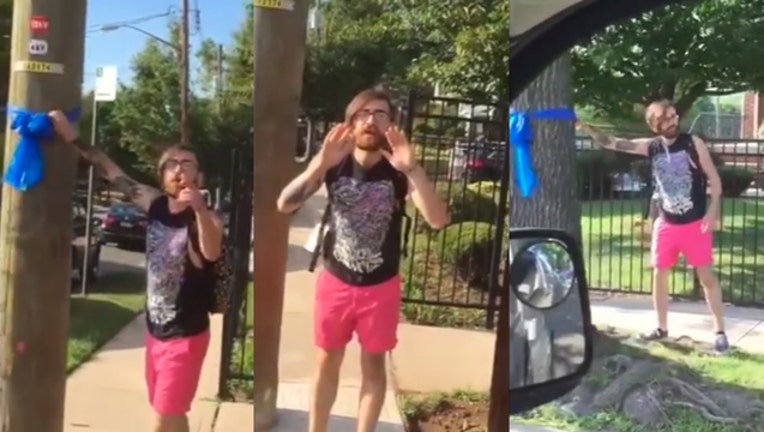 Stephen Varvaro told the Staten Island Advance on Wednesday that he knows he was at fault for ripping down the ribbons.

"I know that what I did was wrong," Varvaro told The Advance. "Tearing the ribbons down was the wrong thing to do. It was disrespectful."

(Warning: The following video contains language that some may find offensive.)

The video was circulated on Facebook and caused a backlash, including threats to Varvaro and his former employer.