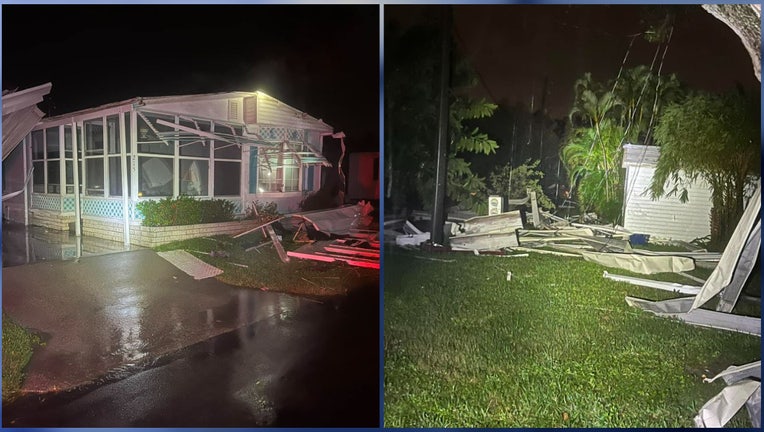 According to preliminary info, the NWS said the tornado was estimated to be on the ground for a half-mile and traveled east-southeast, causing damage between Midway Estates and Vero Beach area.

Winds were estimated to be between 80-85 mph, NWS said, noting that it was still conducting its investigation.

Tornadoes are measured using the Enhanced Fujita Scale, a 1-5 rank focused on damage density, and describes tornadoes as weak, strong, or violent.

An EF-0 tornado is considered to be a weak tornado and would produce light damage, such as uprooted trees, downed branches, and damaged signs, according to NWS' website.

The Indian River County Sheriff's Office said several mobile homes were damaged in Midway Estates on Monday night, and that power lines were down. No injuries were reported, however.