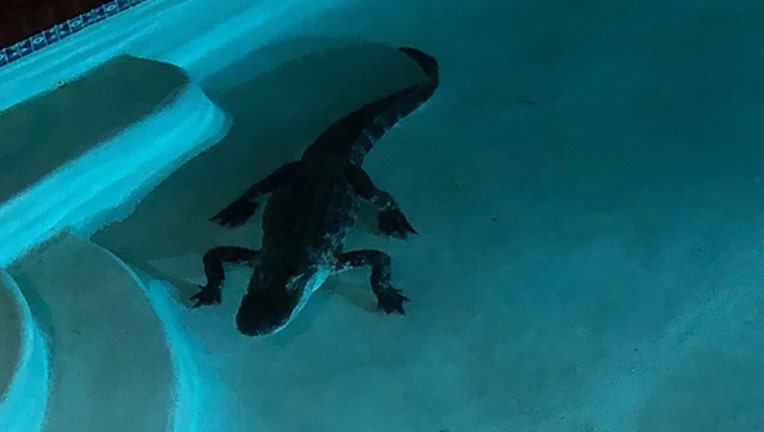 PORT CHARLOTTE, Fla. (AP) - A Florida woman heard a splash coming from her backyard swimming pool in the middle of the night, and when she went outside to check on it, she found a 7-foot alligator.

Kerri Kibbe tells television station WBBH that the gator initially was just resting at the bottom of the pool, but when she turned on the outside lights the reptile started stirring.

Kibbe says she thought she would just let the gator find its way out of the pool but then realized that was a bad idea considering she has three children and three dogs.

She called Charlotte County deputies, and they contacted an alligator trapper.

The animal was moved to an alligator farm.