Since fewer cars are on the roads, significant progress has been made on I-4 Ultimate construction. Ramps connecting Interstate 4 to State Road 408 are being completed three months ahead of schedule.

ORLANDO, Fla. - Florida Gov. Ron DeSantis on Monday announced that the new ramps at the interchange of State Road 408 and Interstate 4 in Downtown Orlando are opening ahead of schedule.

“I’m pleased to announce the opening of the I-4 corridor three months earlier than planned after we took advantage of the lower traffic volume by accelerating work on some of these busy roads,” said Gov. DeSantis. “The completion of this project will make a big difference for Floridians who commute through this area. Secretary Thibault has shown his commitment and dedication in completing this project expeditiously and I look forward to seeing more infrastructure projects like this finish ahead of schedule.”

Over the last week, the I-4 Ultimate Project pushed to complete extensive work in Downtown Orlando. More than 40 projects were accelerated, saving more than 650 total contract days.

Gov. DeSantis attributed the acceleration of these ramps to increased work by the Florida Department of Transporation (FDOT),  as they took advantage of fewer cars on the road.

“Many states throughout the country, they stopped all construction; they stopped manufacturing as well. I think that was a big mistake. We did not do that in Florida. We kept construction going. We knew we could do it safely."

He said that the I4 and SR 408 interchange is opening three months early.

With this work done, the following ramps are now open at the I-4 and S.R. 408 interchange:

All of the interchange ramps will have their own access points.

FDOT Kevin Thibault said during the news conference that the new ramps will improve travel time through the Downtown Orlando corridor and will enhance access to large venues, like theme parks. 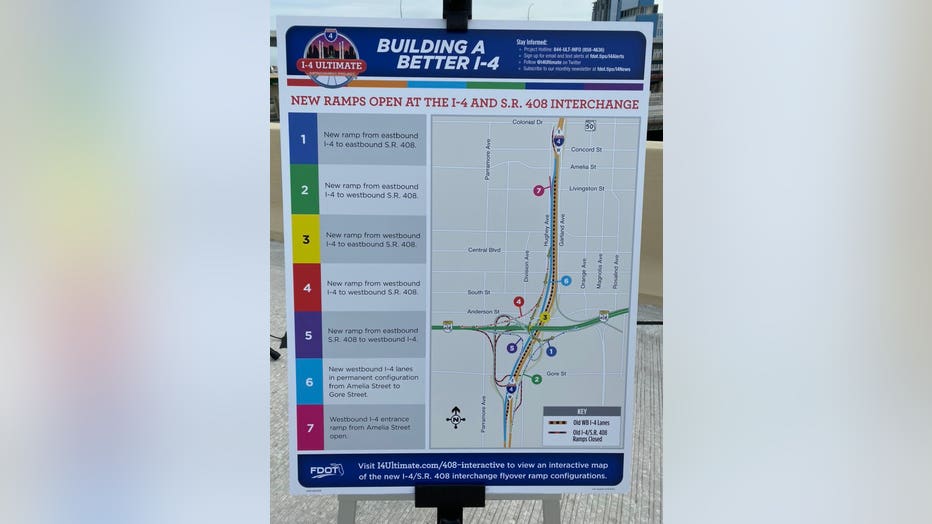 “In early April, Governor DeSantis challenged the Department to find ways to accelerate I-4 construction while there was less traffic on the road, and I am pleased to announce that we have opened these critical components of the I-4 corridor to drivers, three months ahead of schedule,” Thibault added. “This is the biggest milestone of the project to date, which will undoubtedly transform the heart of our state’s transportation system. I am grateful for the Governor’s common-sense approach to moving Florida forward during this unprecedented time.”

"We're really thrilled about this," Governor DeSantis added. "I think it just shows that FDOT is able to get the job done."

MORE NEWS: What changes will phase 2 of reopening Florida bring now that 'full phase 1' is in effect? 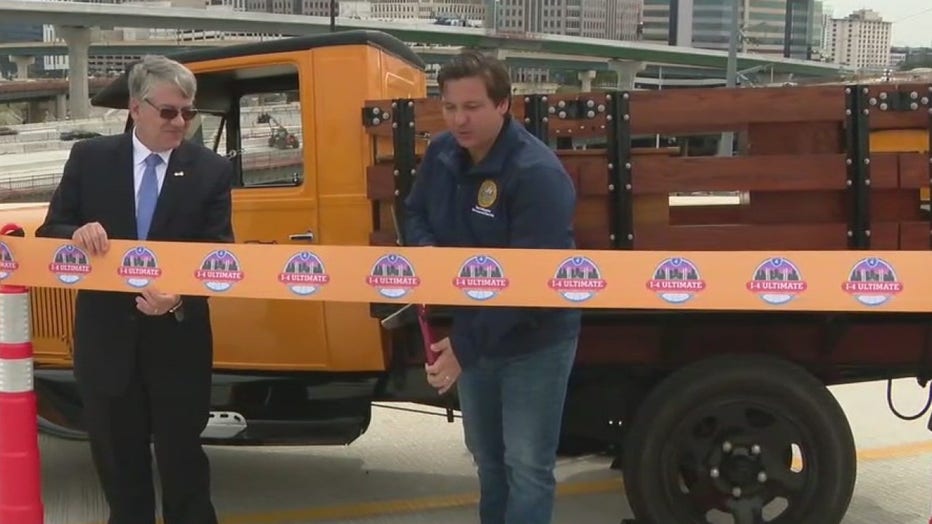 The Governor also discussed the latest on COVID-19. He acknowledged that full phase one is now in effect and discussed testing, explaining that surges are often because of data dumps, new testing sites, or outbreaks at prisons or nursing homes.

"Issues with public health won't go away, but we have a pathway to get Florida going again," he said. He believes that "Central Florida will be a major part of that."

DeSantis also said Florida is ready to allow professional sports to start holding games again. He also extended a welcome for teams to come to Florida if their home states won’t let them compete.

“Many of those leagues that have teams in states that won’t allow that competition. We can find places here in Florida,” he said. “We believe that getting sports back online is important for kind of the nation’s mojo.”

The governor even encouraged theme parks to submit plans to be able to reopen safely.

Finally, he also discussed unemployment, claiming that many of those who have not been paid jobless benefits yet have either entered information incorrectly, do not have a social security number, or their workplace is holding up the funds. He stated that Florida has received unemployment claims from people in other states and countries.