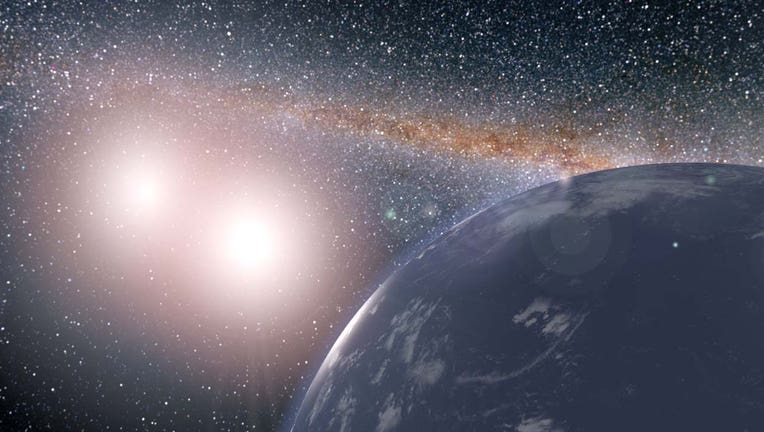 This illustration shows a hypothetical planet covered in water around the binary star system of Kepler-35A and B.

Astronomers that have been studying a binary star system — one with two baby suns — for over 30 years now believe three separate solar systems are starting to form around them.

The SVS 13 binary star system, which is nearly 1,000 light-years away from the Milky Way galaxy, is still in its embryonic stage but astronomers are starting to see disks of gas and dust taking shape around both stars, according to a study published in The Astrophysical Journal.

SVS 13 is located in the Perseus molecular cloud, which hosts an abundance of young stars, according to NASA. 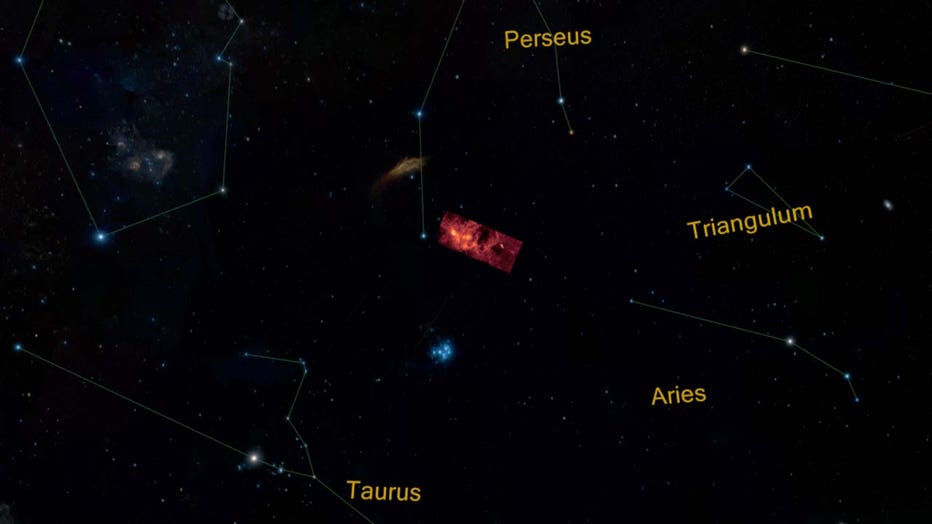 Astronomers detected the formation of two circumstellar disks and one "circumbinary disk with prominent spiral arms," according to the study. These disks contain primordial matter that often forms around new stars and could lead to creating new planets.

Both stars combined make up about the same mass as Earth’s sun, according to researchers.

How planets form in a two-star solar system is still widely unknown, according to a news release based on the study’s findings.

"This outer disk shows a spiral structure that is feeding matter into the individual disks, and in all of them planetary systems could form in the future. This is clear evidence for the presence of disks around both stars and the existence of a common disk in a binary system," Ana Karla Díaz-Rodríguez, lead author and a researcher at the IAA-CSIC and the UK ALMA Regional Centre (UK-ARC) at The University of Manchester, said in a news release.

Astronomers have also been able to identify several types of complex organic molecules which are a precursor to creating life.

"This means that when planets begin to form around these two suns, the building blocks of life will be there," Diaz-Rodriguez said.

Further observations will continue to be made to see if planetary systems actually form, potentially creating planets that observe two sunsets.

Separately, in February, scientists were able to observe an exoplanet orbiting not one, but two stars, using a ground telescope, according to the Royal Astronomical Society.

The planet, named Kepler-16b, was only ever observed through NASA’s Kepler satellite until now, according to the RAS.

Kepler-16b was discovered about 10 years ago by NASA’s Kepler satellite and scientists often compare it to the fictional planet of Tatooine in the "Star Wars" franchise.

But unlike Tatooine, Kepbler-16b is cold and gaseous and very uninhabitable by humans, according to NASA.

"Scientists detected the new planet in the Kepler-16 system, a pair of orbiting stars that eclipse each other from our vantage point on Earth. When the smaller star partially blocks the larger star, a primary eclipse occurs, and a secondary eclipse occurs when the smaller star is occulted, or completely blocked, by the larger star," according to NASA.