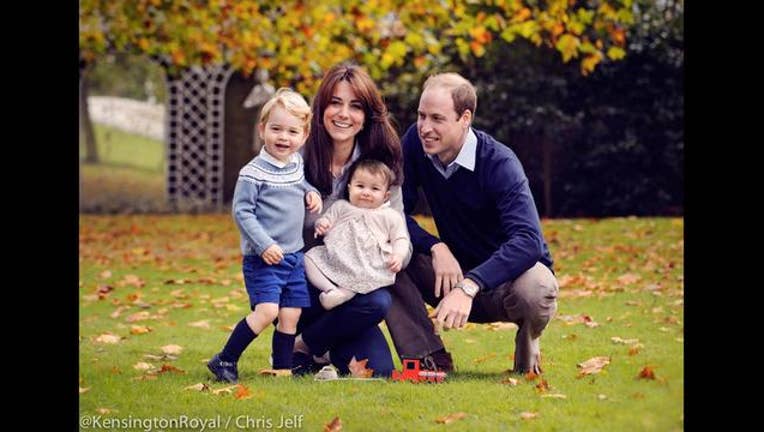 "Merry Christmas from The Duke and Duchess of Cambridge, Prince George and Princess Charlotte," Kensington Palace said on Twitter.

The portrait, taken by photographer Chris Jelf, shows the family looking relaxed and genuinely happy. The photo was reportedly taken in October outside Kensington Palace.

The Duke and Duchess are celebrating their first Christmas as a family of four. In the photo they are crouching down with their kids, who steal the show! Princess Charlotte, pictured in her mother's lap, is wearing a precious fall outfit with tights and a sweet smirk while George is wearing his signature knee-high socks with a huge grin on his face. The soon-to-be preschooler will begin attending Westacre Montessori School Nursery in Norfolk in January.

"The Duke and Duchess are hugely appreciative of all the warm messages they have received about their family this year and are very much looking forward to their first Christmas as a family of four," The British Monarchy said on Facebook.