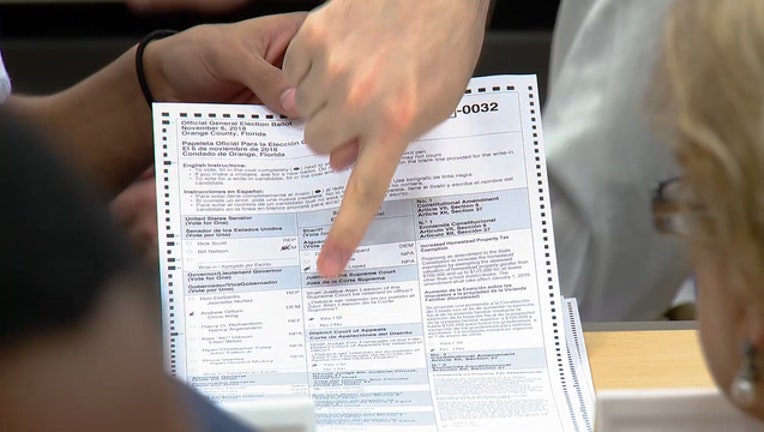 Both sides in the case said the new law resolved disputed issues about verifying signatures on vote-by-mail and provisional ballots. That spurred Chief U.S. District Judge Mark Walker, who in November entered a preliminary injunction against the state because of concerns about the signature-verification process, to issue an order Monday dismissing the case.

Lawmakers passed a bill (SB 7066) in May that made changes in the signature-verification process, and DeSantis signed the measure June 28.

“Because the preliminary injunction originally issued by this court has now expired, and because the Florida Legislature has amended the law plaintiffs challenge, this court finds this case has been rendered moot,” Walker wrote in the two-page order Monday.

Then-U.S. Sen. Bill Nelson and Florida and national Democrats filed the lawsuit last year in anticipation of a statewide recount in Nelson’s re-election campaign against former Republican Gov. Rick Scott. The race went to a recount, with Scott ultimately winning.

In issuing the preliminary injunction in November, Walker sided with Democrats and ordered additional steps to allow voters to “cure” vote-by-mail and provisional ballots where signatures did not match signatures on file with elections officials.

“The precise issue in this case is whether Florida’s law that allows county election officials to reject vote-by-mail and provisional ballots for mismatched signatures --- with no standards, an illusory process to cure, and no process to challenge the rejection --- passes constitutional muster,” Walker wrote in the November injunction decision. “The answer is simple. It does not.”

The new law, however, establishes a uniform process for elections canvassing boards to compare signatures and extends deadlines for voters to cure ballots with signatures that don’t match those on file.

On July 2, days after DeSantis signed the measure, the Democratic plaintiffs filed a motion to dismiss the case, saying the “Legislature enacted several reforms to the signature matching process, through Florida Senate Bill 7066 … that track the specific defects that plaintiffs had identified in their claims” and that Walker had cited in granting the preliminary injunction.

Attorneys for the Democrats and the state, however, disagreed on a final legal issue in the case. Democrats asked Walker to dismiss the case “without prejudice,” a term that leaves open the possibility of subsequent legal action. The state argued Walker should issue a more-permanent dismissal “with prejudice,” arguing that such a move would “minimize the risk that this court will have to adjudicate such a claim on an emergency basis at or near the time of a future election.”

Walker agreed with the Democrats and dismissed the case without prejudice.