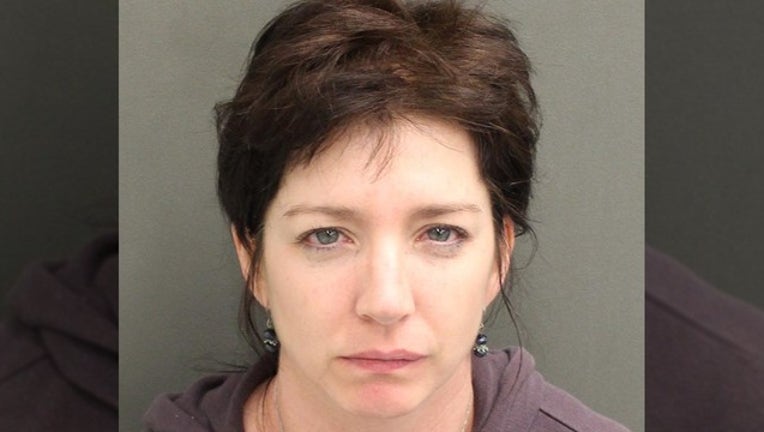 WINTER PARK, Fla. (FOX 35 ORLANDO) - Bizarre, new details have surfaced in an investigation into a murder that happened earlier this year in Winter Park.

Police said Danielle Redlick killed her husband, Michael, in January, inside the home they shared.

One of Michael Redlick's friends told detectives that, in the late 1990s, Redlick had a girlfriend named Cathy.  She developed breast cancer and Michael married her, so he could give her coverage under his health insurance policy.

“She had passed away. After that had occurred, Mike had a relationship with his stepdaughter, her daughter,” the friend told investigators, explaining that Danielle was Michael's stepdaughter, before becoming his wife.

That friend told investigators that Cathy died in 1999.  Danielle told police she and her husband had known each other three years, before they started dating and that they had been married for 17 years at the time of Michael’s death.

All this is revealed in discovery documents released by the State Attorney’s Office Thursday morning.  Police interviewed Danielle at the hospital, hours after she called police to tell them that her husband had was dead from a heart attack.

“I’m just really concerned about my kids knowing that their dad is gone,” she told investigators, according to the discovery documents.

At the time, she was lying in a hospital bed while doctors were deciding whether she should be taken into custody under the Baker Act. Records indicate that Danielle had cut her wrists.  She told investigators she and her husband got into a fight.  Investigators took pictures on what appeared to be small scratches and bruises on Danielle.

“My hair was pulled, nothing you can see,” Danielle said.

But what is most noticeable in each of the pictures was the dried blood smeared on her neck and across her body, including dried blood stuck in her finger nails and all over her toe nails and feet.

She told investigators the fight started on a Thursday night and boiled over to Friday night.

“I can tell you, Thursday, my husband was very belligerent and distraught. He found a text from another man to me,” said Redlick.

Danielle Redlick is now charged with second-degree murder.  During the time of an interview conducted  on Jan. 13, detectives were still trying to piece together the details.

“I’m in mental shock.  I really want to be with my kids,” said Redlick.