Network of women raising awareness about man with HIV

A Florida man with human immunodeficiency virus (HIV) is accused of having sex with multiple partners without informing them of his infection. At least two of the man's past partners have tested positive for the virus, investigators say.

PORT ORANGE, Fla. - Volusia County deputies say a Port Orange man who did not disclose his HIV status to sexual partners may have victims along the east coast.

Investigators say Gentry Burns traveled extensively. They would like to hear from anyone he may have put in danger. Burns is facing three felony charges and is being held in the Volusia County Jail.

“I was completely shocked,” said Allison Barker. “I didn’t think that the day would actually come.”

Barker, who has a child with Burns, says she’s been warning women for years about her ex. She is HIV negative but says she found out about her ex's status when another woman reached out to her.

“We realized, ‘Is he gonna tell other girls?’ And that was when we started messaging,” she explained.

The two are using social media to try and stop the spread of the virus.

“He’ll start dating somebody and then we’ll find out or hear about it and we’ll message the girl and say, ‘Just thought you know, Gentry is HIV positive, we want to make sure you’re protected,” Barker said. “It’s surprising how many women were blown away.”

She says a lot of women also didn’t believe it. Volusia County sheriff's deputies say Burns was diagnosed in 2014. They say after that, he had unprotected sex with three women without telling them, giving at least one of them HIV. 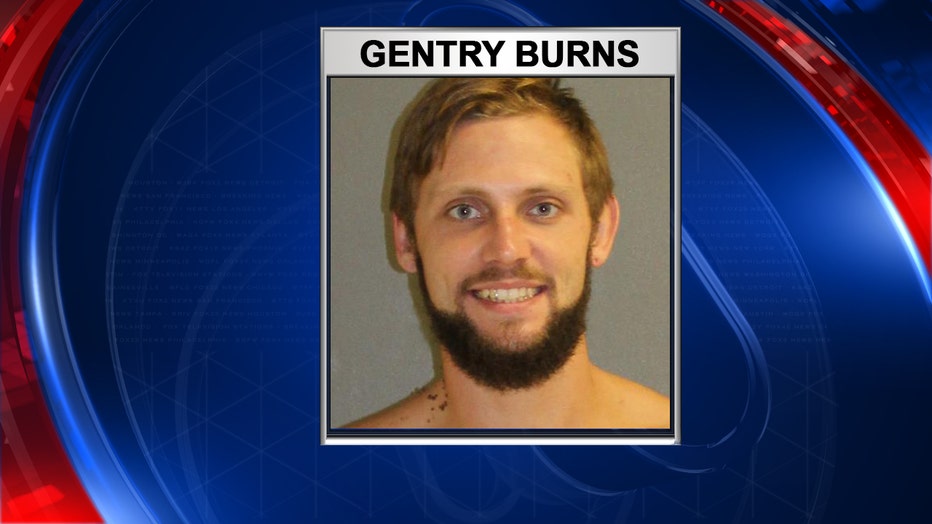 “I’ve seen it damage them completely and break them. You have to help them pull themselves out of it,” Barker said.

Now, there is a new warning from the Sheriff’s Office. Deputies say Burns traveled throughout the East Coast of the United States and other women may be victims. Barker says she’s also getting more leads on social media about her ex.

“I don’t even have to ask for it. I just get handed all this information so I have a sword…I should use it. We worked really hard to get all the information that we could to the detectives,” she said.

According to the arrest report, two other women believe Burns gave them HIV in 2013 but their cases are not included in the charges.