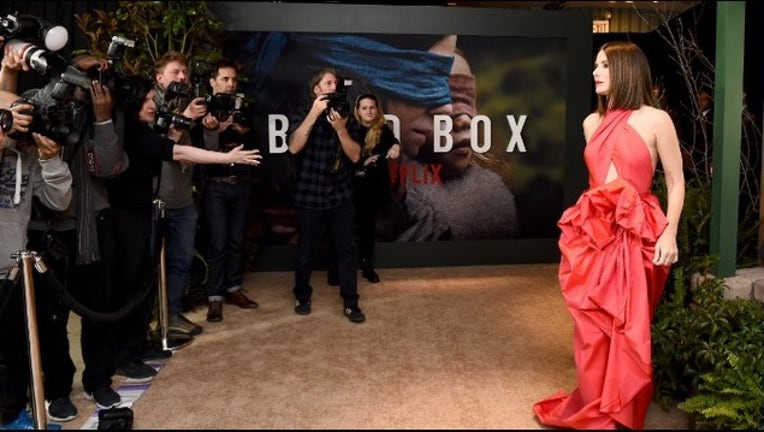 Netflix said Friday that the new psychological thriller "Bird Box" set a record by being watched more than 45 million times in its first week. (Photo by Ilya S. Savenok/Getty Images for Netflix)

(KTVU) - All eyes are on Netflix’s psychological thriller “Bird Box,” a movie largely about keeping your eyes closed. And the streaming surge has the company acting out of character by sharing first-week numbers.

The Sandra Bullock-led film—which became a viral sensation seemingly overnight with witty memes—has been watched by more than 45 million accounts since it debuted Dec. 21, according to Netflix. It’s the best opening week for any Netflix original feature-length film.

And Netflix accounts are notoriously occupied by a mooching friend or relative. This means you can almost guarantee more than 45 million people have watched the movie, though first you have to trust the company providing the numbers—which, of course, is Netflix itself.

Because though it’s impressive, the figure has not been independently verified and it has again raised frustrations surrounding Netflix’s transparency. When numbers are not verified, evaluating films like “Bird Box” is difficult in traditional box off terms.

Part of Netflix’s allure is convenience. But the watch-it-your-way offering leaves no remedy to determine how many of the 45 million users would have bought a movie ticket and made the trip to a theater.

Regardless, streaming services will likely continue to side-step the numbers-driven nature of the content producing world. Why wouldn’t they? They’re somewhat immune to pressure from traditional pillars of entertainment when 45 million users are watching one movie in a week.