What the CDC says about COVID-19 and pregnancy

There is still limited data about the safety of COVID-19 vaccines for women who are pregnant.

LONDON - Nearly a third of individuals hospitalized with COVID-19 in the U.K. were readmitted within a period of four months, and they suffered from multi-organ dysfunction at higher rates overall than the general population without COVID-19, according to new research.

Researchers found that of this group, 14,060 people — nearly 30% — were readmitted to the hospital within a period of 140 days after being discharged. The study also said that 5,875 people died after discharge, or more than 1 in 10.

Readmission and death occurred at rates four and eight times greater, respectively, compared to the control group — which consisted of a pool of about 50 million people in England based on 10 years of electronic health records. 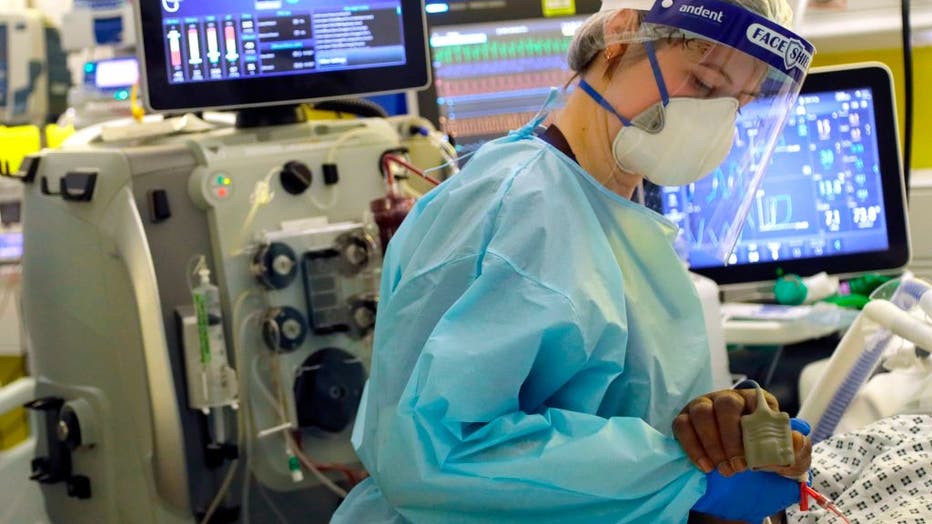 FILE - A critical care medical worker takes care of a COVID-19 patient on the Christine Brown ward at King's College Hospital in London on Jan. 27, 2021. (Photo by KIRSTY WIGGLESWORTH/POOL/AFP via Getty Images)

It also said multi-organ dysfunction after being discharged was more prevalent among those under 70 and in ethnic minority groups, compared to White populations.

"The increase in risk was not confined to the elderly and was not uniform across ethnicities," the researchers wrote. "The diagnosis, treatment, and prevention of post-covid syndrome requires integrated rather than organ or disease-specific approaches, and urgent research is needed to establish the risk factors."

Another recent study, published in the Journal of the American Medical Association, looked at 1,775 veterans in the U.S. admitted to the hospital with COVID-19 and found that 20% were readmitted and 9% died within 60 days of being discharged.

Overall, most COVID-19 patients have mild to moderate illness and recover quickly. Older, sicker patients tend to take longer to recover, including those who are obese, or have high blood pressure and other chronic diseases.

In the British study, researchers noted that individuals originally hospitalized with the virus were more likely to be "male, aged 50 or more, living in a deprived area, a former smoker, and overweight or obese."

Since the onset of the outbreak, a wide range of symptoms have been reported, including fever, shortness of breath, headache and loss of taste or smell, according to the U.S. Centers for Disease Control and Prevention. Some have even suffered from lingering symptoms for months after infection, known as "long haulers."

Outside of more commonly reported symptoms, COVID-19 has also been shown to affect nearly every organ, and long-term complications can include heart inflammation, decreased kidney function, fuzzy thinking, anxiety and depression.