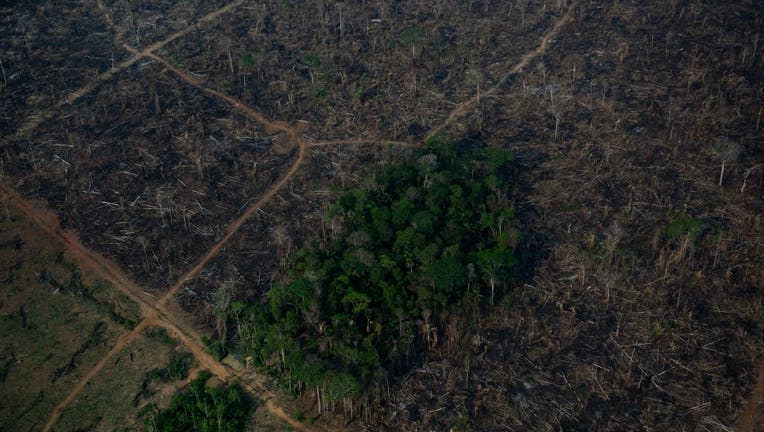 Nearly 80% of the Amazon rainforest has exhibited signs of loss since the early 2000s according to a recent study published on March 7 in the peer-reviewed British journal Nature Climate Change.

The data indicates that if climate change continues at the rate it is, the rainforest could be pushed "past critical thresholds," researchers noted.

Scientists used satellite remote sensing data in order to pinpoint what they refer to as "resilience," or the ability for the forest to recover from environmentally tragic events like droughts or fires.

Study authors found that the loss of resilience was found most commonly in areas closer to human activity.

The area deforested in Brazil's Amazon also expanded to a 15-year high after a 22% jump from the prior year, according to official data published in November.

The National Institute for Space Research’s Prodes monitoring system showed the Brazilian Amazon lost 13,235 square kilometers of rainforest in the 12-month reference period from Aug. 2020 to July 2021. That's the most since 2006.

The 15-year high flies in the face of Brazilian leader Jair Bolsonaro’s government’s attempts to shore up its environmental credibility, having made overtures to the administration of U.S. President Joe Biden and moved forward its commitment to end illegal deforestation at the United Nations climate summit in Glasgow last year.

Scientists have long been warning that extreme weather would cause calamity in the future. But in South America — which in just the last month has had deadly landslides in Brazil, a wildfire in Argentine wetlands and flooding in the Amazon so severe it ruined harvests — that future is already here.

In just three hours on Feb. 15, the city of Petropolis, nestled in the forested mountains above Rio de Janeiro, received over 10 inches of rainfall – more than ever registered in a single day since authorities began keeping records in 1932. The ensuing landslides swallowed the lives of more than 200 people and left nearly 1,000 homeless.

A report published last month by the Intergovernmental Panel on Climate Change (IPCC) corroborates what many on the ground are witnessing with their own eyes. Global warming is altering the intensity and frequency of extreme weather events, such as El Nino and La Nina, the natural heating and cooling of parts of the Pacific that alter weather patterns around the globe. These events have also become more difficult to predict, causing additional damage, the report said.
"Climate change is projected to convert existing risks in the region into severe key risks," the report said.

Until 2020, there were plenty of water, swamps, stagnant lakes and lagoons in Argentina's Ibera Wetlands, one of the largest such ecosystems in the world. But a historic drought of the Parana River dried much of it out; its waters are at the lowest level since 1944. Since January it has been the stage of raging fires.

And this week, 70% of the remote city of Jordao in Brazil's Amazon rainforest was submerged by the overflow of two rivers. It has shattered the lives of thousands of people in the region, including in 32 Indigenous communities.

Central and South America is the second most urbanized region in the world after North America with 81% percent of its population residing within cities. In this context, forests are playing a vital role to stabilize local climates and helping the world meet the ambitious temperature goals set by the 2015 Paris Agreement, experts say.

The entire Amazon rainforest stores between 150 and 200 billion tonnes of carbon in the vegetation and soil, according to Carlos Nobre, a prominent Brazilian climate scientist who has studied the biome for several decades.

"It’s a huge reservoir," Nobre told The Associated Press in a phone interview. "If you lose the forest, this carbon dioxide, a major greenhouse gas, goes into the atmosphere. It is very important to maintain the forest."

But most governments across the region have failed to heed the IPCC's warnings and stop the destruction. Many South American leaders have remained silent about illegal logging and mining activities in sensitive regions. Bolsonaro has gone further, outright encouraging it both with his words and by weakening environmental agencies and regulation.

Even in Colombia, where President Iván Duque has attempted to rein in illegal logging, a recent increase in forest fires led more than 150 international academics and activists last week to send a letter urging the government to take a more aggressive stance.

Indeed, local prosecutors and police have said the region is more and more dependent on activists for preservation, either to prevent deforestation that leads to drastic changes in climate or to deal with the consequences of environmental degradation.