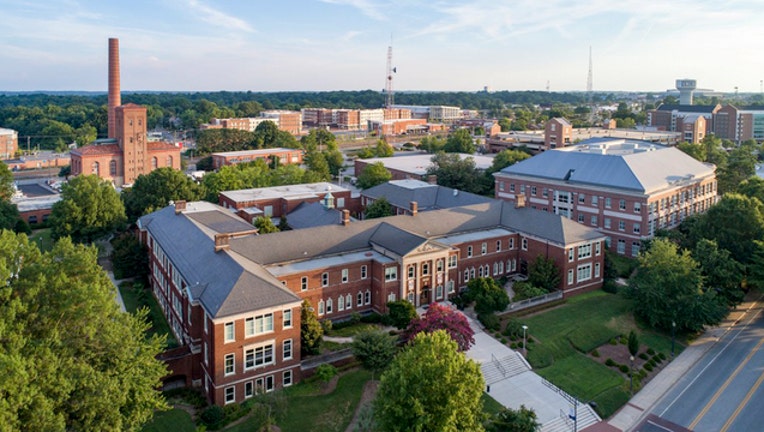 The University of North Carolina-Greensboro

GREENSBORO, N.C. (AP) - A college student says she found a man in her closet wearing her clothes.

The University of North Carolina-Greensboro student heard strange noises coming from her closet in her off-campus apartment on Saturday. The student told WFMY-TV she asked who was in there and was told "My name's Drew."

The student, who asked only to be identified as Maddie, opened the door to find the man sitting on the floor in her clothing with a bag full of clothes, shoes and socks. She talked to him for about 10 minutes and texted photos to her boyfriend.

The man left when the boyfriend arrived.

Police arrested the 30-year-old at a nearby gas station. He was charged with misdemeanor breaking and entering.

Maddie thinks the man has been in her closet before.