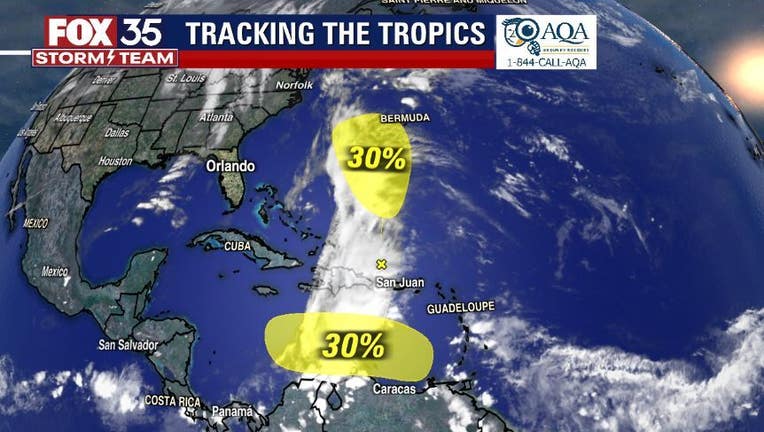 After days of quietness in the tropics, two disturbances have appeared in the Atlantic Ocean and are being monitored by the National Hurricane Center. Could they impact Florida?

The NHC said the system in the Caribbean could form by as early as this weekend, though formation chances are low – 30% – over the next five days.

The other disturbance is stretching from the central Caribbean northward to the southwestern Atlantic. "Environmental conditions appear conducive for some gradual subtropical development of this system over the next few days while it drifts northward," the NHC said.

Forecasters say the system will  meander over the subtropical western Atlantic to the west or southwest of Bermuda. Winds are forecast to become less conducive for development by there end of the weekend.

Will there be any impacts to Florida?

Impacts to Florida remain unlikely, according to the FOX 35 Storm Team.

Continue to check in with the FOX 35 Storm Team for more updates in the tropics!