MIAMI - And so it begins.

The hurricane center will provide updates each day throughout the season, which ends on November 30. The outlooks are to inform the public of where forecasters may be seeing chances of potential development.

On Saturday morning, the tropics were quiet but it is possible that could change next week ahead of the start of hurricane season

The FOX 35 Storm Team has been watching models in the Gulf of Mexico this week and the Global Forecast System (GFS) model is showing a possible tropical development by the end of next week. 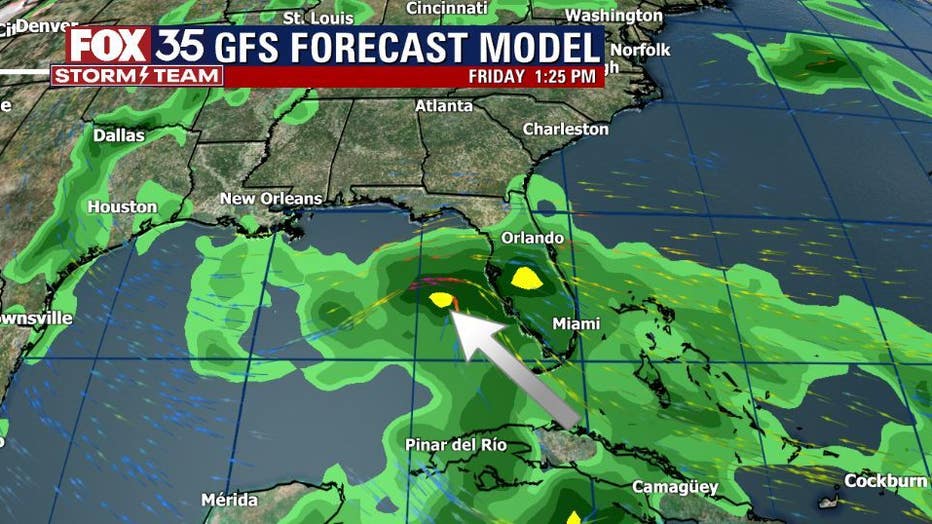 "As of now, there looks to be moisture drawn up from the south and moving into the Gulf. If a system were to develop, it would be weak, but we are keeping a close eye on it," said FOX 35 Storm Team Meteorologist Allison Gargaro.  "Only one model at the moment is showing this formation, so we should have a better idea of what will come over the next several days."

Last year, Tropical Storm Arthur formed on May 16, which marked the 6th consecutive year that a named storm formed before the official start of hurricane season.

The 2020 Atlantic season was one for the record books, putting up 30 named storms --- requiring the use of the auxiliary Greek alphabet for the second time ever.

However, in a season that overlapped the coronavirus pandemic, most storms spun away from Florida.

Experts with AccuWeather expect the season to result in 16-20 named storms, including seven to 10 hurricanes. Of the storms projected to reach hurricane strength, three to five are predicted to become major hurricanes (Category 3 or higher storms).

Watch FOX 35 News for the latest weather updates and be sure to have the FOX 35 Storm Team Weather App downloaded this hurricane season to receive breaking news alerts when you need them.