LOS ANGELES - Dogs are basically very hairy children and dog moms take their parenting jobs very seriously - as they should.

Dogs are a man’s and woman’s best friends, so it only makes sense to celebrate the dog moms who dedicate their time and lives to ensure a happy existence for their canine companions.

Celebrate National Dog Mom's Day on May 8 with a number of free movies and documentaries showcasing the adorable antics of those loveable fur babies who are just as much a part of our families as their human counterparts. 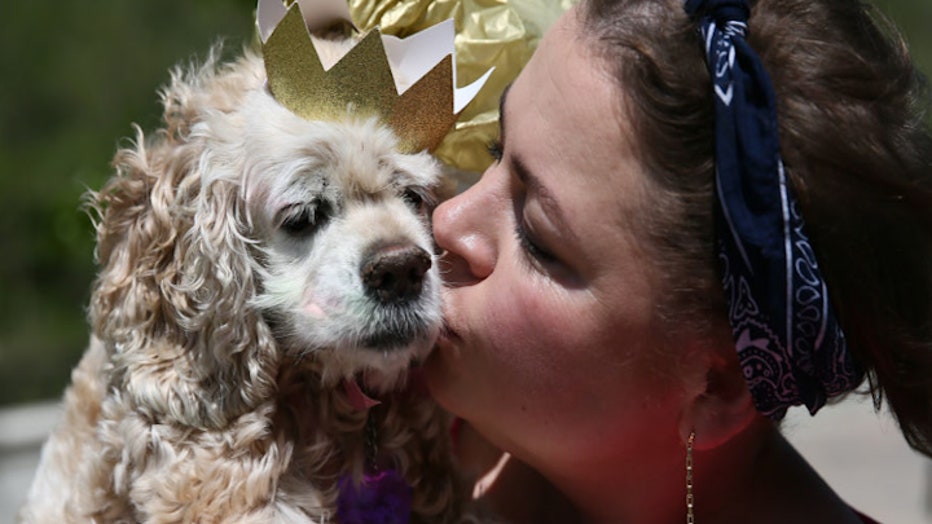 FILE - An owner kisses her dog during a charity run.

Dog Park (2017): Starring Jade Jenise Dixon and Tennyson Shanahan.
"A newly-eligible bachelor takes advantage of the opportunity to meet desirable women at the dog park, but no one knows the dog he’s walking isn’t his."

All Dogs Go To Heaven (1989): Starring Burt Reynolds, Dom Deluise, Judith Barsi and Loni Anderson.
"After being betrayed by his partner in crime, a dog cons his way out of Heaven to get revenge, teaming up with an orphan who can talk to animals."

All Dogs Go To Heaven 2 (1996): Starring Charlie Sheen, Dom DeLuise and Sheena Easton.
"Charlie and Itchy travel from heaven to Earth, where they meet a runaway boy while on their mission to retrieve the Angel Gabriel's stolen horn."

A Dog’s Life (2015): Starring Dan B. and Tamara, Messy and Buck, Denis and Charlie Brown.
"A documentary delving into the reality of life on the streets with a pet through various characteristics we share with dogs."

With total view time surpassing 200 million hours of content streamed each month since April, Tubi has over 250 content partners, including every major studio. The service gives fans of films and television programs an easy way to discover new content that is available completely free.