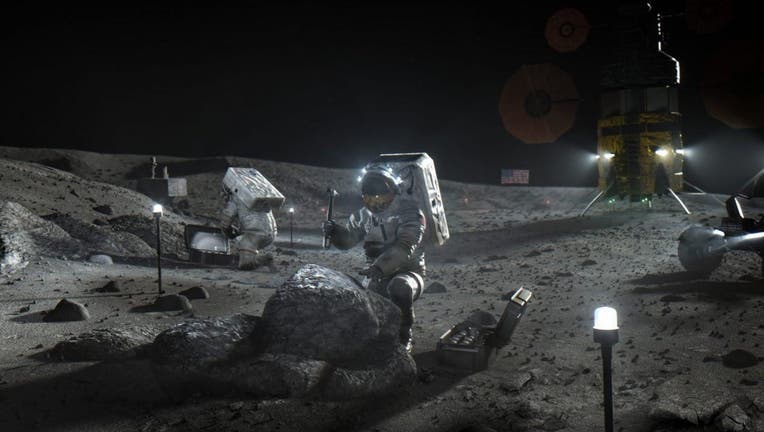 In a Monday release, the agency announced that it was targeting a two-hour test window on Thursday, March 18 at 3 p.m. ET at NASA’s Stennis Space Center near Bay St. Louis, Mississippi.

Engineers will power up the core stage systems, load more than 700,000 gallons of cryogenic propellant into the tanks, and fire the SLS rocket's four RS-25 engines at the same time to simulate the launch and generate 1.6 million pounds of thrust.

The 212-foot tall core stage -- installed in the renovated B-2 Test Stand -- gives the SLS rocket the tallest rocket stage the agency has ever built. It is made up of engines, a liquid hydrogen tank, a liquid oxygen tank and electronics, avionics and computers.

The core stage design will be used for all configurations of the SLS rocket, so Green Run tests -- of which there are eight -- are crucial to the success of NASA's next lunar missions.

The term "green" refers to the new hardware used to power the stage and "run" refers to all components functioning together simultaneously for the first time.

The hot-fire test is the eighth and final test of the Green Run series that will ensure the core stage is ready to launch NASA's Artemis missions to the moon.

"The SLS core stage is an engineering feat that includes not only the largest rocket propellant tanks ever built but also sophisticated avionics and main propulsion systems," Lisa Bates, SLS deputy stages manager, said in a July 2019 release. "While the rocket is designed to evolve over time for different mission objectives, the core stage design will remain basically the same. The Green Run acceptance test gives NASA the confidence needed to know the new core stage will perform again and again as it is intended."

The complex core stage was built and manufactured at NASA’s Michoud Assembly Facility in New Orleans earlier that same year.

"Green Run is a historic moment for NASA and Stennis for a number of reasons," said Stennis Space Center Director Richard Gilbrech in the same release. "For the first time in NASA’s history, a launch vehicle will use flight hardware for its first test, and the Stennis test stands will once again test the core stage for Moon missions."

Once validation of the stage is complete, the stage will be refurbished as needed and shipped to NASA’s Kennedy Space Center in Florida for the Artemis 1 launch.

NASA plans to begin live coverage of Thursday's hot-fire test on NASA Television, the NASA app, social media and the agency's website and a briefing on the test is also scheduled for approximately two hours later.