The astronauts launched into space via a SpaceX Dragon capsule on top of a Falcon 9 rocket.

The crew arrived at the ISS by Monday evening, joining two Russians and one American who flew to the space station last month from Kazakhstan.

The Crew-1 astronauts gave an update from the ISS on Wednesday, speaking about a range of topics and answering questions from Earth.

They discussed the journey into space, with NASA astronaut Victor Glover describing his first time in space as "an amazing, once in a lifetime feeling."

Japan Aerospace Exploration Agency (JAXA) astronaut Soichi Noguchi, who has been in space several times, said that "The Dragon is the best…it’s fun to ride."

With the addition of the Crew-1 astronauts, there are now seven people at the ISS.

“You can tell it’s a lot fuller here, but everybody’s right. We’re going to get a lot of work done which is really good for all the science that goes on in the world," NASA astronaut Shannon Walker said from the ISS.

The Crew-1 astronauts have the Dragon capsule they rode into space -- named Resilience by its crew in light of this year's many challenges, most notably COVID-19 -- docked at the ISS during their mission.

They also brought along a 'Baby Yoda' plush as their zero-g indicator. 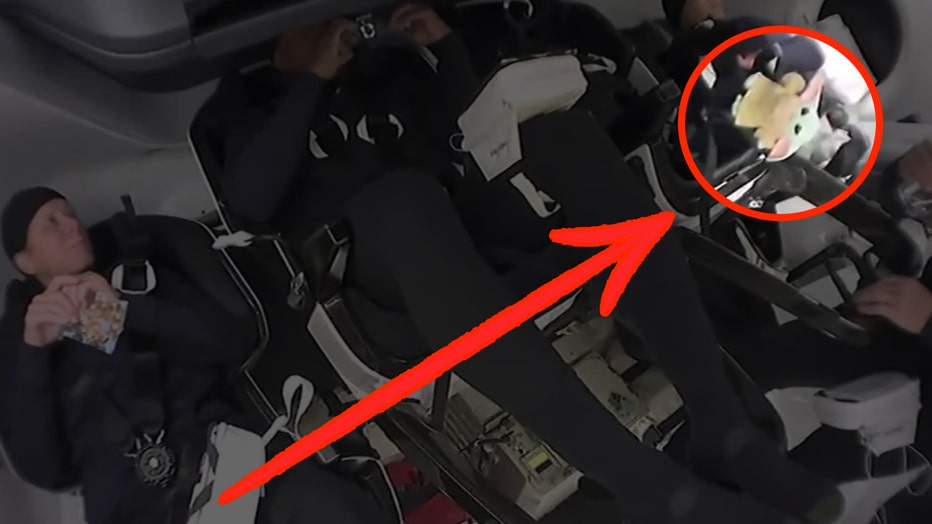 "We hope that [Resilience] puts a smile on people’s face. It brings hope to them. Baby Yoda does the same thing. I think when you see him it’s hard not to smile and so it seemed appropriate for our crew," NASA astronaut Mike Hopkins said.

They assured people that on this mission, a lot of work will be done.

MORE NEWS: Leonid meteor shower will light up the sky this week: What to know

“The amount of scientific output that you’re going to see from this mission I think is absolutely incredible," Kate Rubins, a NASA astronaut already at the ISS, said.

The Crew-1 astronauts will stay at the ISS for six-months, completing the first “operational” mission for SpaceX’s Dragon capsule.

NASA hopes SpaceX and its competitor Boeing will be able to take over the job of taxiing astronauts to the orbiting lab, leaving the space agency to focus on its Artemis missions to the moon.

Tune in to FOX 35 Orlando for the latest along the Space Coast.