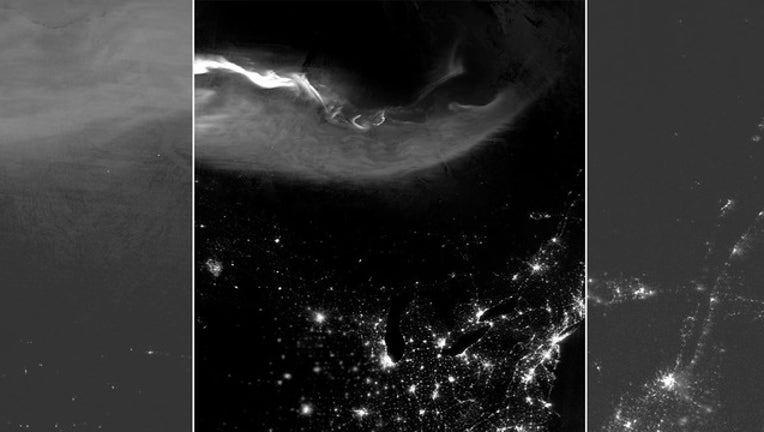 OUTER SPACE (FOX 13) - One of NASA’s satellites captured a remarkable image of the northern lights in the Earth's night sky.

When our Sun bathes Earth in “a steady stream of energetic particles, magnetic fields and radiation” it stimulates the planet’s atmosphere and lights up the dark sky, creating the aurora borealis, also known as the northern lights, NASA explained in a press release.

Around 3:45 a.m. on April 21, the satellite, called Suomi NPP, captured the nighttime image of the aurora borealis over North America. The lights were visible through a “Visible Infrared Imaging Radiometer Suite” which detects light in a range of wavelengths. NASA released the image on Tuesday.

NASA explained that the Sun spewed out a stream of particles and energy on April 19, which arrived at Earth a couple of days later, stirring up the magnetic field. The collision between the Sun’s strong solar wind and Earth’s magnetic field creates the auroral light. The particles already trapped around our planet, accelerates down toward the atmosphere.

Learn more about the northern lights by clicking over to NASA’s website.