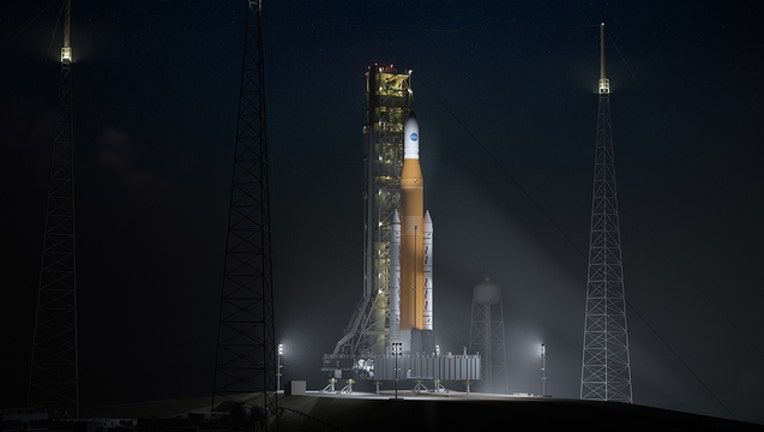 The Block 1 cargo configuration gives NASA’s Space Launch System the unique capability of delivering a payloads inside a cargo fairing to the Moon. [Courtesy: NASA]

NEW ORLEANS (AP) - A NASA official says some crews are working around the clock at the space agency's rocket factory in New Orleans to meet a fall 2020 test launch deadline for a mega-rocket designed to propel astronauts toward the moon and Mars.

Deputy Administrator James Morhard said he visited the Michoud Assembly Facility at midnight and people were working on the engine section for the 212-foot (65-meter) core of the Space Launch System.

The other four sections have been assembled, and NASA says the rocket's core section is 80 percent complete.

Morhard wouldn't say whether he expects NASA to get the $1.6 billion requested by President Donald Trump for space exploration. He says he's waiting to see what the Senate does with the proposal.