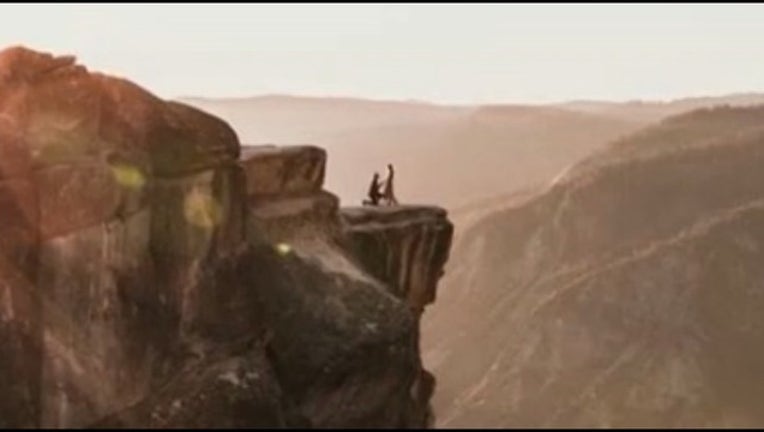 Michigan photographer Matthew Dippel is looking for the couple in this photo. He by chance captured them getting engaged while photographing Taft Point at Yosemite National Park.

The mystery couple in a viral Yosemite photo have been found thanks to social media and a dedicated photographer.

Matthew Dippel, the Michigan cameraman who snapped the epic shot, announced Saturday on Facebook that he found the couple. “Everyone meet Charlie Bear and his fiancé Melissa, the happy happy couple that was out on the point in my Taft Point Proposal,” he wrote in the post.

Dippel had been searching for the couple since he took the photo in early October. His Oct. 17 Twitter post got 350,000 likes and was re-tweeted 165,000 times. Apparently the photo Dippel took was the second proposal and described as the “more special and official one.”

“I wish I was able to meet you in person and hug you,” Dippel said. “I’m glad I finally found you to share this special moment with you.”