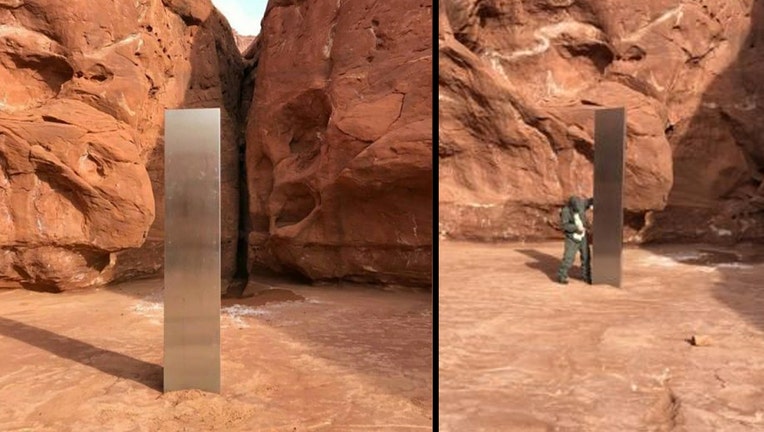 UTAH - A mysterious monolith that went viral after its appearance in a remote Utah desert has been removed by an “unknown party,” according to officials.

“We have received credible reports that the illegally installed structure, referred to as the ‘monolith’ has been removed from Bureau of Land Management (BLM) public lands by an unknown party,” said the Utah Bureau of Land Management, in a statement posted on social media. “The BLM did not remove the structure which is considered private property.”

Officials said they received reports that a person or group removed the structure on the evening of Nov. 27.

The monolith, estimated to be between 10 feet and 12 feet high and thought to be some kind of metal, was discovered by state wildlife employees while they were counting sheep from a helicopter. The structure sparked comparisons with a similar-looking slab in Stanley Kubrick’s 1968 film “2001: A Space Odyssey.’

MORE NEWS: Front to bring blast of cold air, will drop temps to the 30s and 40s

Fox 13 reports that the monolith, which was discovered in the southern Utah desert, is believed by many to be a work of abstract art.