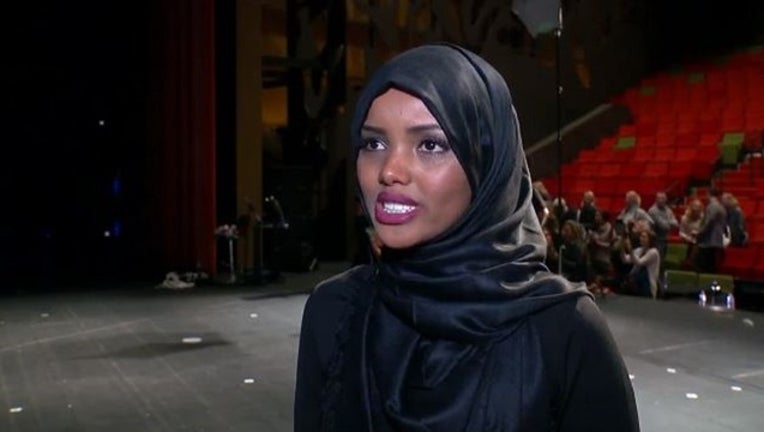 BURNSVILLE, Minn. (AP) - A Muslim woman has become the first to compete in the Miss Minnesota USA pageant while fully clothed.

Halima Aden made the semifinals of the competition over the weekend while wearing a hijab. She also wore a full-body outfit called a burkini during the swimsuit competition.

The Minneapolis Star-Tribune reports Aden's swim outfit stood in contrast to those of the other 44 contestants, most of whom wore bikinis.

Before the competition, the 19-year-old Somali-American woman told Minnesota Public Radio News that the pageant was "a great platform to show the world who I am."