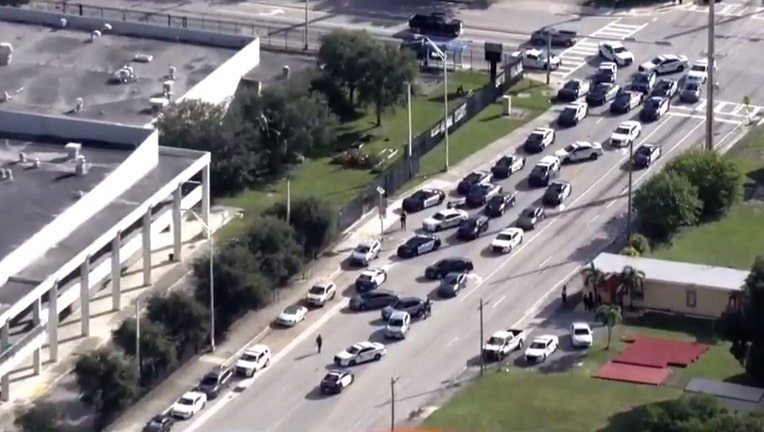 MIAMI - Authorities in South Florida responded to multiple calls reporting active shooters in schools Tuesday morning, but they all turned out to be fake reports.

WSVN reports the first call came in around 9 a.m., with someone reporting an adult male shooter in body armor at Miami Central High School.

Lockdowns were put in place at all of the schools as a precaution. Law enforcement officials said the calls appeared to be swatting calls, but officers still would sweep the schools to make sure everyone was OK.

Upon clearing the schools, lockdowns were lifted, authorities said. WSVN reports that all Broward schools had to be placed on "secure" status, or modified lockdowns, as a result of the swatting calls, but all have since resumed normal operations.

According to WTVJ, Miami-Dade police said their 911 call center traced one of the calls from outside the U.S.

Swatting has seen a rise nationally, but law enforcement officials said it's a waste of resources, tax dollars, and it can be dangerous.

"Whether it is a few minutes or a lot of time, it involves our officers responding to the scene, EMS, paramedics. So, all of those resources that have been used, could be used for something else," said Robin Tillett, spokesperson for the Lakeland Police Department.