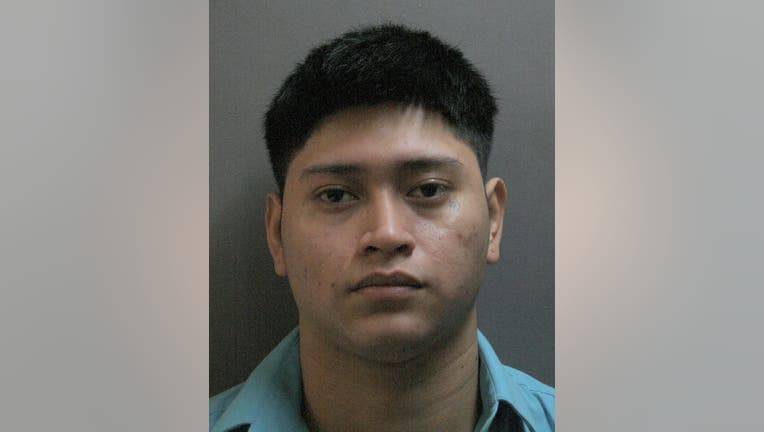 HOUSTON - An MS-13 gang member has been sentenced to live in prison without parole for the 2016 killing of a Houston-area teenager.

On June 13, 2016, Douglas Alexander Herrera-Hernandez and several of his fellow gang member lured 16-year-old Estuar Quinonez to Buffalo Run Park in Missouri City. The teen was shot at least 15 times as he sat on a park bench.

Harris County prosecutors told jurors Herrera-Hernandez got permission from gang leaders in El Salvador to kill Quinonez. That's when he had several gang members hide in the park while two other members picked up Quinonez to take him to the park.

According to the Harris County DA's Office, as the 16-year-old victim sat on a park bench, several gang members emerged and started shooting him. Quinonez was shot in the head.

"We are trying to break the back of this organization by sending their assassins to prison for as long as possible and we will remain unrelenting in our pursuit of these criminals who band together to terrorize communities," Harris County District Attorney Kim Ogg said.