Police are giving an update on two back-to-back hit-and-run crashes in Sanford. A motorcyclist and Good Samaritan were killed.

SANFORD, Fla. - A man has been arrested for two back-to-back hit-and-run crashes that left a motorcyclist and a Good Samaritan dead in Sanford, police said.

The Sanford Police Department announced Tuesday morning that 37-year-old Michael John Kraft has been arrested in connection to both traffic homicides.

Kraft then reportedly made a u-turn and traveled back in the direction of the initial crash. Police said he drove his vehicle over the median and across the eastbound lanes, striking both the Good Samaritan rendering aide and the motorcyclist. 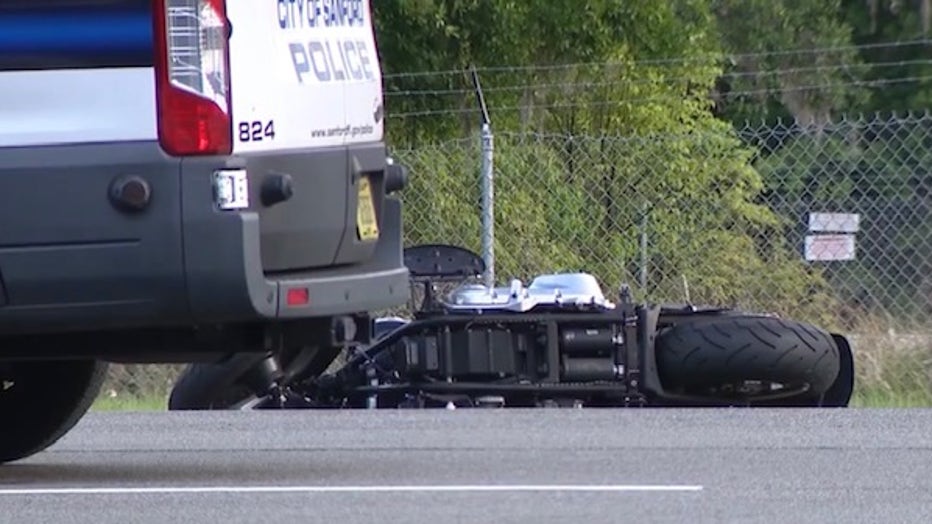 Following this, police said that Kraft drove through a fence onto a service for Sanford-Orlando International Airport. He drove into a ditch and then was taken into custody.

Investigators said that outside agencies determined that Kraft was under the influence of a controlled substance and was unable to operate a vehicle safely. He was charged with two counts of Leaving the Scene of a Crash with Fatal Injuries, two counts of Hit and Run Failure to Remain at a Crash, and one county of Refusal to Submit to DUI Test After License is Suspended.

A GoFundMe has been started for one of the hit-and-run victims, Jenica Campbell. The page said that "there isn't much I can say in this moment other than she was a beautiful soul who exuded light and the Love of God to everyone she met. She passed in a 'Hit and Run' accident while assisting an injured motorcyclist. We have 4 beautiful daughters (17, 14, 12, 10) who are surrounded by love and family, right now."

You can donate to the family HERE.

Several people stopped to help the motorcyclist and called 911 to report the first hit-and-run.

One told a dispatcher she saw the driver in the first hit-and-run driving erratically before the crash, telling FOX 35 "he was all over the road, he went in the median then [hit the motorcyclist]." She also said the driver drove behind her after the hit-and-run. "He's acting like he wants to run the red light. He made a u-[turn] from the far right-hand lane heading back down the road where he hit the person."

Another 911 caller said the biker was badly injured after the initial crash, stating "he’s bleeding from the head real bad."

A neighbor in the explained that speeding is a problem in the area, saying "sometimes cars are going down there 100-110 miles an hour and something really needs to be done about it because there are going to be more accidents."

Sanford police are looking for the driver who they say left the scene after hitting a motorcyclist on State Road 46 near Summerlin Avenue.

Anyone who witnessed the crashes or who could have video of the incident is asked to contact the Sanford Police Department or Crimeline at 1-800-423-TIPS.