PINELLAS PARK, Fla. - A FOX 13 News crew was on the way to an interview when they witnessed a Pinellas Park police sergeant being dragged by a motorcyclist near the intersection of 118th Avenue and US 19 N.

FOX 13’s Josh Cascio said he saw the officer struggling with a motorcyclist before the driver began to flee and apparently caused serious, but non-life-threatening injuries to the officer.

It happened around noon Tuesday.

Dash camera video from the Pinellas Park Police Department shows the motorcycle speed past a patrol vehicle, through a construction zone. When the rider slowed down due to traffic, the officer got out of his vehicle and ordered the motorcyclist off their bike, but the driver aimed his bike at the officer, revved the engine, and then hit the officer, according to police.

The officer tried to grab the driver but was dragged on the road before being tossed off.

The driver got away. Police encouraged the person to turn themselves in.

“Mistakes happen, heat of the moment decisions, whatever the case may be. If the person riding that bike is seeing this story and they made a mistake, turn yourself in,” said Capt. Adam Geissenberger.

The driver could face charges of battery on a law enforcement officer. 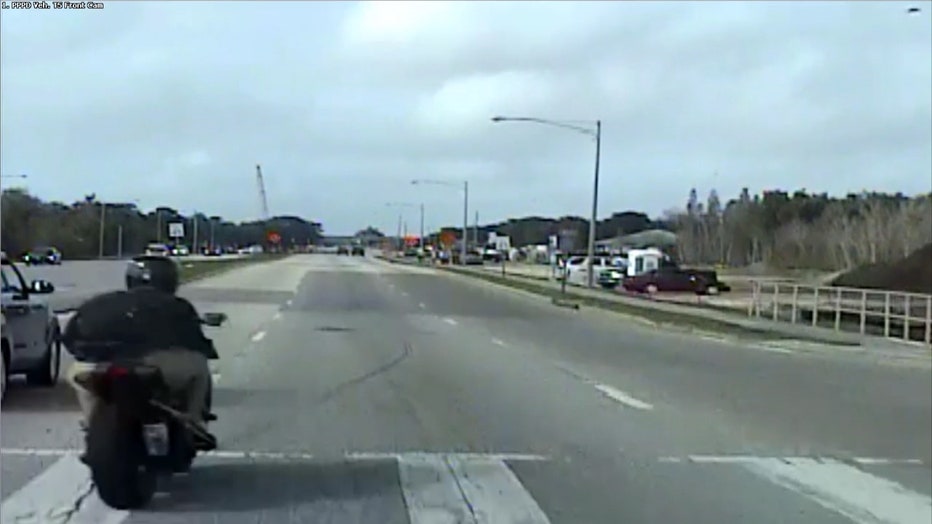