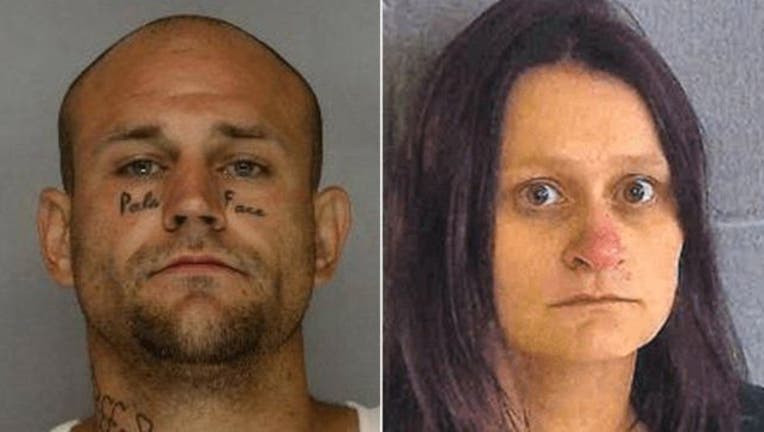 James Mathis, left, and Amanda Gail Oakes, right, are both being held on a $15,000 bond. (Dothan Police Department)

DOTHAN, Ala. (AP) - Police in Alabama have arrested the mother of a baby whose body was found inside a freezer in a hotel room.

Police previously charged her 28-year-old boyfriend, Carlton James Mathis of Gainesville, Georgia, with murder in the child's death. He was arrested last week after being shot during a police standoff in Bronson, Florida.

Oakes was with Mathis when he was captured. Investigators later found the child's remains in a hotel room freezer. An autopsy is being conducted to determine how the boy died.

Police say Oakes is jailed with bond set at $150,000. A defense attorney didn't immediately respond to an email seeking comment.