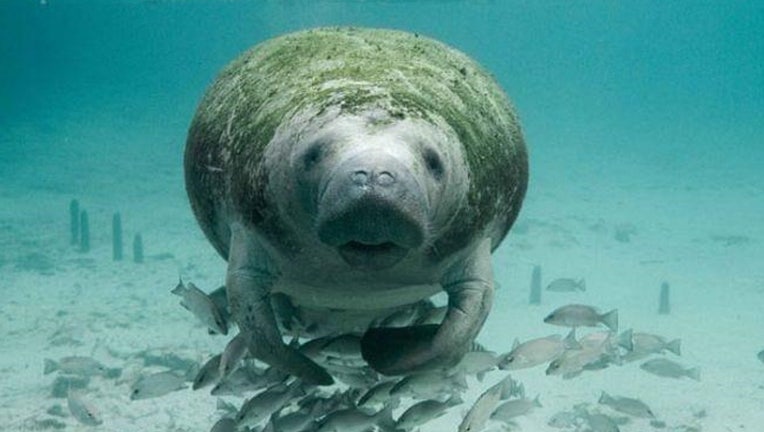 (Photo: US Fish and Wildlife Service)

ORLANDO, Fla. - More than 80 rescued Florida manatees are in rehabilitation centers across the U.S. as wildlife officials try to stem starvation deaths by the marine mammals because of poor water quality.

The latest numbers were released Wednesday by the Florida Fish and Wildlife Conservation Commission and U.S. Fish and Wildlife Service as part of an unprecedented effort to feed starving manatees and treat those in distress.

The state has provided about $1.2 million for the treatment effort, officials said, with the rest of the increasing costs borne by facilities such as the SeaWorld rescue program in Orlando. There are 13 such locations at aquariums and other facilities in Florida, Texas, Ohio, Puerto Rico and elsewhere.

"It’s a huge effort and they do a fantastic job," said Terri Calleson of the U.S. Fish and Wildlife Service. "A lot of it is happening on their dime."

The response comes as manatees continue to die along Florida’s east coast because the sea grass on which they normally feed during cold winter months is disappearing. The main reason is polluted water from sources such as agricultural fertilizer runoff, wastewater discharges and urban sources. 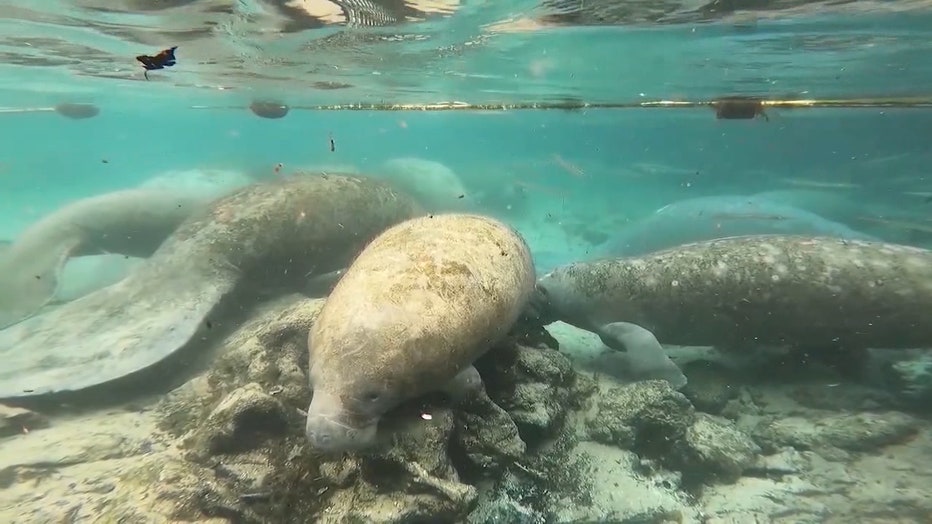 Last year, more than 1,100 manatee deaths were recorded largely due to starvation, well above the typical five-year average of about 625 deaths. In 2022 through last week, 326 manatee deaths have been listed, only seven from collisions with boats, according to state wildlife commission statistics.

As of Tuesday, more than 63,000 pounds (28,500 kilograms) of lettuce has been provided to the manatees, said Jon Wallace of the U.S. Fish and Wildlife Service. The food is paid for mostly by donations to the non-profit Fish & Wildife Foundation of Florida.

"That is all still going very well," Wallace said.

There are an estimated 8,800 or so manatees in Florida waters. That’s a big improvement from the roughly 2,000 animals in the 1990s, part of the reason they were delisted from endangered to threatened by the federal government.

RELATED: Manatee dies after getting stuck in stormwater ditch in New Smyrna Beach

Officials say it’s important for people in Florida’s coastal areas to report any sick or distressed manatees they see so they can be brought to a rehabilitation center.

"Overall, we view these rescue efforts as successful. This is a small victory for us," said Andy Garrett, manatee rescue coordinator for the state wildlife commission.

But officials also stressed the approach of warmer weather does not mean the starvation problem is over, especially since some of the slow-moving, round-tailed animals will need extensive treatment.

"This need does not stop with the end of cold weather this year," said Jon Peterson, rescue operations manager at SeaWorld. "Some of the animals have been here a long time. It does take time."