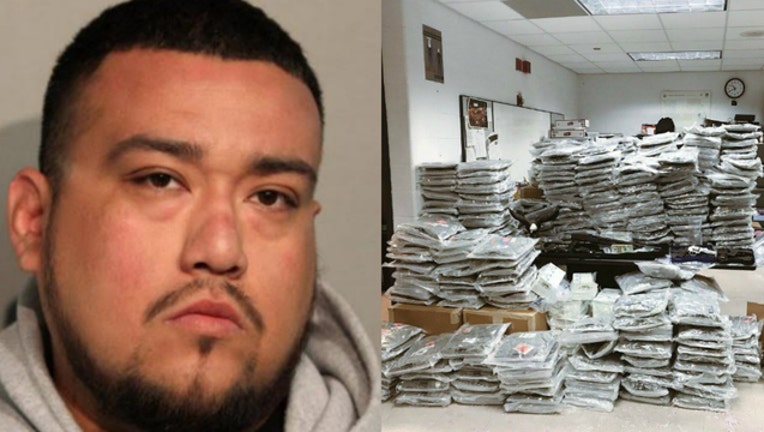 (Sun-Times Media Wire) - Police found 423 pounds of marijuana, with an estimated street value of $3 million, in a man’s home in north suburban Skokie.

David S. Gutierrez, 31, was charged Thursday after police searched his home in the 4800 block of North Kirk Street and found the marijuana, four handguns, a shotgun and a large sum of cash, Chicago Police said.

He is being held at Cook County Jail on $100,000 bond, according to the Cook County Sheriff’s Office. His next court date was set for Wednesday.